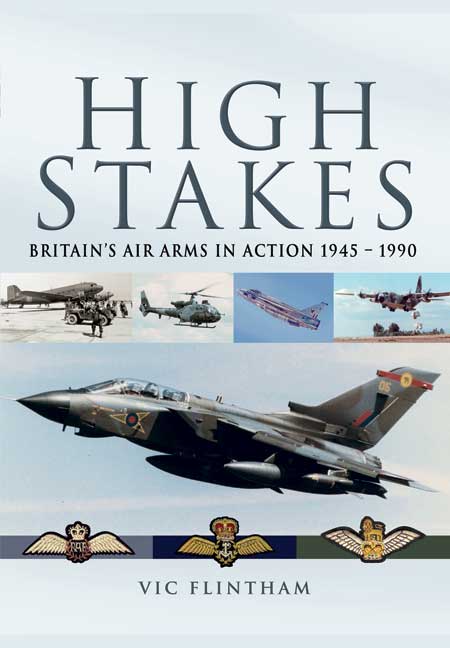 Click here for help on how to download our eBooks
Add to Basket
Add to Wishlist
You'll be £4.99 closer to your next £10.00 credit when you purchase High Stakes. What's this?
Need a currency converter? Check XE.com for live rates

After the dust of World War II had settled, the military position of the UK was far from straightforward. It was of course allied to the USA and part of NATO, but it was at odds with the former in maintaining an Empire and the two nations also had competing oil interests in the Middle East. The UK's engagement in war after 1945 was thus a strange mixture ranging from homeland security through insular actions within the colonies or protectorates to preserve empire - to playing a major role in confronting the USSR. The types of active involvement of the RAF, Fleet Air Arm and Army Air Corps between 1945 and 1995 include the following, with examples.