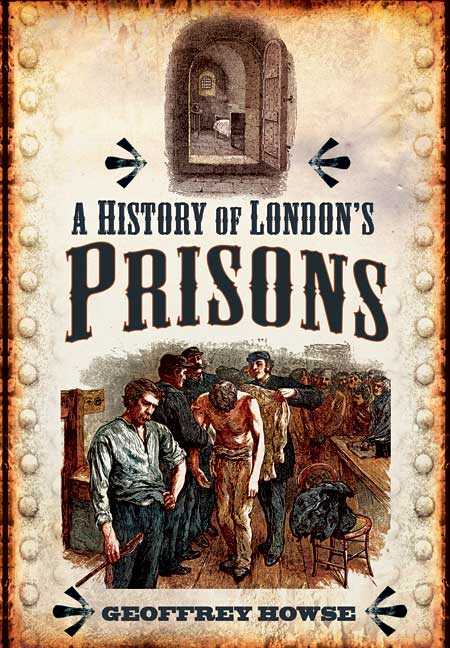 Click here for help on how to download our eBooks
Add to Basket
Add to Wishlist
You'll be £4.99 closer to your next £10.00 credit when you purchase History of London's Prisons. What's this?
Need a currency converter? Check XE.com for live rates

London has had more prisons than any other British city. The City's 'gates' once contained prisons but probably the most notorious of all was Newgate, which stood for over 700 years. The eleventh century Tower of London was used as a prison for a variety of high profile prisoners from Sir Thomas More to the Krays.

Discover the background of a variety of historic places of incarceration such as The Clink, the King’s Bench Prison; and debtors prisons such as the Fleet Prison and the Marshalsea. 'Lost' prisons such as the Gatehouse in Westminster, Millbank Penitentiary, Surrey County Gaol in Horsemonger Row, The House of Detention, Coldbath Fields Prison and Tothill Fields Prison are also described in detail; as are more familiar gaols: Holloway, Pentonville, Brixton, Wandsworth and Wormwood Scrubs. In his A History of London’s Prisons Geoffrey Howse delves not only into the intricate web of historical facts detailing the origins of the capital’s prisons but also includes fascinating detail concerning the day-to-day life of prisoners - from the highly born to the most despicable human specimens imaginable - as well as those less fortunate individuals who found themselves through no fault of their own 'in the clink', some soon becoming clients of the hangman or executioner.

A fascinating readable record of London prisons and lives of their inmates. This book with a guide of sources, further reading suggestions and an index, will appeal especially to historians with ancestors who were criminals or debtors or were employed in prison.

It is to be expected that a city with centuries of history and a large population will have also built a great many prisons with a rich penal history. The title may imply that the book just covers the buildings, but author has provided a lively and engaging history of the prisons and some of the notable prisoners who have been held there.