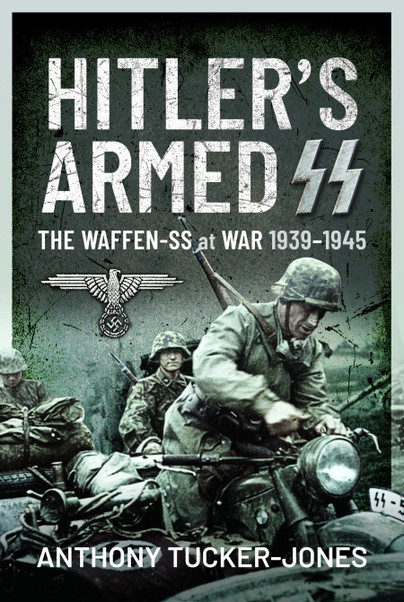 Preorder
Add to Wishlist
You'll be £20.00 closer to your next £10.00 credit when you purchase Hitler's Armed SS. What's this?
+£4.50 UK Delivery or free UK delivery if order is over £35
(click here for international delivery rates)

The Waffen-SS was one of the most formidable German military formations of the Second World War – feared for its tenacity and ruthlessness in battle, notorious for the atrocities it committed. As a distinct fighting force derived from the Nazi Party’s SS organization, it stood apart from the other units of the German army. Its origins, structure and operational role during the war are often misunderstood and the controversy still surrounding its conduct make it difficult today to get an accurate picture of its actions and its impact on the fighting. Anthony Tucker-Jones, in this concise and fluently written account, provides an absorbing and clear sighted introduction to it.

He traces its development under Himmler from modest beginnings in the early 1930s as Hitler’s personal protection squad of elite soldiers to a force which eventually amounted to thirty-eight divisions. Towards the end of the war many Waffen-SS units were formed from foreign volunteers and proved to be of poor quality, but its premier panzer divisions thoroughly deserved their reputation as tough fighters.

Through accounts of the Waffen-SS’s major battles on the Eastern Front, in Normandy and finally in defence of Germany, a detailed picture emerges of the contribution it made to the German war effort, especially when Hitler’s armies were in retreat. The parts played by the most famous Waffen-SS formations – Das Reich, Totenkopf, Leibstandarte SS Adolf Hitler among them – and their commanders – men like Dietrich and Hausser – can be seen in the wider context of the war and Germany’s defeat.