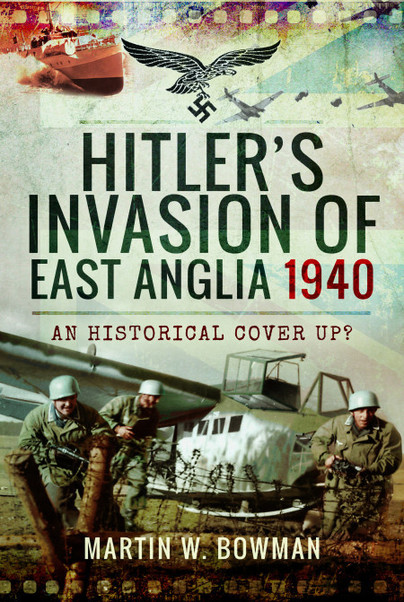 Add to Basket
Add to Wishlist
You'll be £25.00 closer to your next £10.00 credit when you purchase Hitler's Invasion of East Anglia, 1940. What's this?
+£4.50 UK Delivery or free UK delivery if order is over £35
(click here for international delivery rates)

I have to admit that even thought I have lived in East Anglia for the past twenty years. I had heard of the odd possible landings by the Germans on the Norfolk-Suffolk coastline during WWII. But these have usually been based not on an invasion but more to do with maritime problems. The film 'The Eagle has Landed', was to be based on the North Norfolk coastline. A well researched book open for your own interpretation on what did or did not happen.

For the wargamer looking for inspiration in a “what if” campaign or scenario, this is a useful book to own. It is an interesting story in its own right for the general reader, mixing anecdote and contemporary accounts to weave an entertaining tale. I enjoyed reviewing this book and hope that some of the questions raised find answers in future historical research.