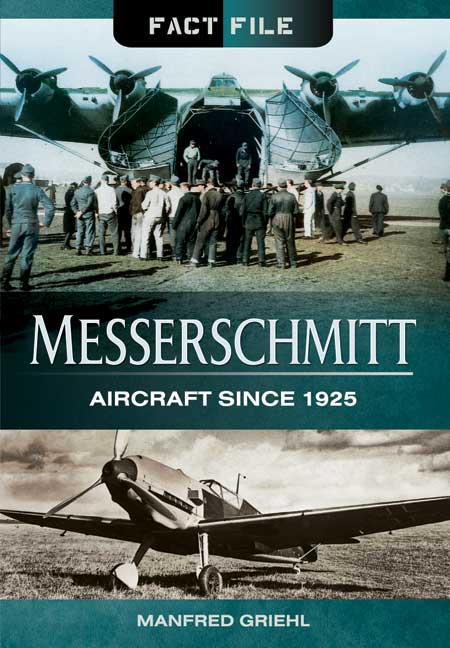 Add to Basket
Add to Wishlist
You'll be £12.99 closer to your next £10.00 credit when you purchase Messerschmitt. What's this?
+£4.50 UK Delivery or free UK delivery if order is over £35
(click here for international delivery rates)

Wilhelm Emil Messerschmitt is the most famous German aircraft designer and manufacturer.

Messerschmitt's single most important design was the Bf 109, designed in 1934 which remains the most-produced fighter in history. Another Messerschmitt model, the Me 209, broke the absolute world air-speed record. Messerschmitt AG also produced the first jet-powered aircraft in the world, the Me 262.

This Fact File edition includes details on all Messerschmitt aircraft and its variants. Included are all the facts and figures associated with each plane combined with contemporary  photographs making this serious reference book.