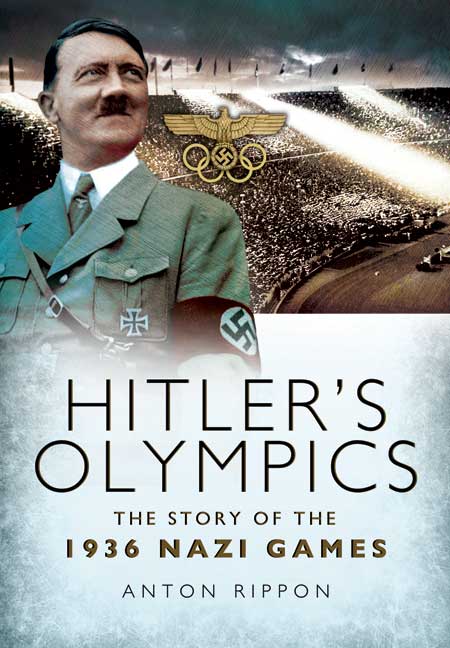 Click here for help on how to download our eBooks
Add to Basket
Add to Wishlist
You'll be £4.99 closer to your next £10.00 credit when you purchase Hitler's Olympics. What's this?
Need a currency converter? Check XE.com for live rates

For two weeks in August 1936, Nazi Germany achieved an astonishing propaganda coup when it staged the Olympic Games in Berlin. Hiding their anti-Semitism and plans for territorial expansion, the Nazis exploited the Olympic ideal, dazzling visiting spectators and journalists alike with an image of a tolerant country. Thousands of foreigners went away wondering why the Hitler regime had been vilified, unaware that not far from the stunning Olympic Stadium lay a concentration camp full of 'enemies of the state'. In Hitler's Olympics, Anton Rippon tells the story of those remarkable Games, the first to overtly use the Olympic festival for political purposes. His account looks at how the rise of the Nazis affected German sportsmen and women in the early 1930s. And it reveals how the rest of the world allowed the Berlin Olympics to go ahead despite the knowledge that Nazi Germany was a police state.

The Nazis threw all their resources into staging the most remarkable Olympics seen so far. Hitler was closely involved in the grandiose planning of an event that was designed to glorify the new Nazi state, and this book describes the process in fascinating detail. The political drama of the event is matched by the intense competition of the athletes on the field and track. Here the two sides of the story come together, most famously in the person of Jessie Owens, the black quadruple gold medal winner.

Hitler's Olympics is featured on the Sports Journalists' Association website:

Concise and chilling at times but a must-read for anyone looking to understand the rise of the Third Reich.

For two weeks in August 1936, Nazi Germany achieved an astonishing propaganda coup when it staged the Olympic Games in Berlin. Hiding their anti-semitism and plans for territorial expansion, the Nazis exploited the Olympic ideal, dazzling visiting spectators and journalists alike with an image of a peaceful, tolerant Germany.