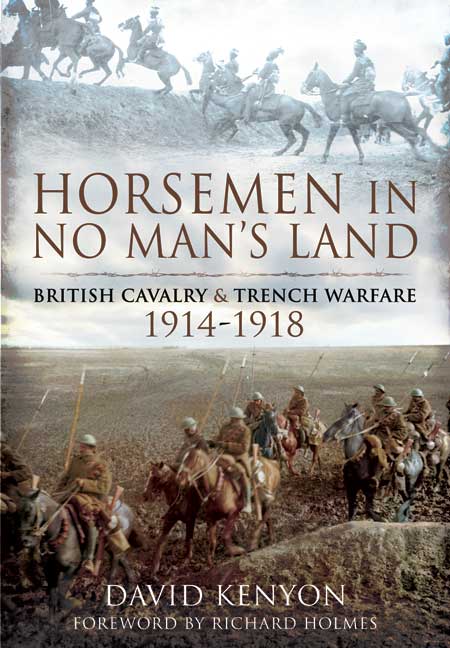 Horsemen in No Man's Land (ePub)

Click here for help on how to download our eBooks
Add to Basket
Add to Wishlist
You'll be £4.99 closer to your next £10.00 credit when you purchase Horsemen in No Man's Land. What's this?
Need a currency converter? Check XE.com for live rates

David Kenyon’s book is essential reading for a balanced view of cavalry on the Western Front and also for those interested in the long history of cavalry.

Academic but extremely readable, it is fully referenced and has a series of seven tightly focused appendices. The long-held and inaccurate view of overall inadequacy of cavalry operating in the incredible adverse terrain and against the implacable vicious power of the machine gun is fully corrected.

The book is, in its way, also a more than fitting obituary and farewell salute to the end of centuries of the horse as the pre-eminent and fighting arm of warfare.

Horses and cavalry are often regarded as an old fashioned trait of the British army in World War 1. In a time of machine guns, what use could horses be?
David Kenyon explains wonderfully how adaptive the horsemen were from supplies to combining their efforts with other ranks of the Britsh Army. With some wonderful firsthand photographs and pages of bibliography, souces and notes this is a must for any sort of study into the first world war. Packed full of history and resources it is surprisingly a nice easy read.

A well balanced examination of the role of cavalry in the Great War that corrects the common assumptions about its role and effectiveness that have been bequeathed by lazy and simplistic history.