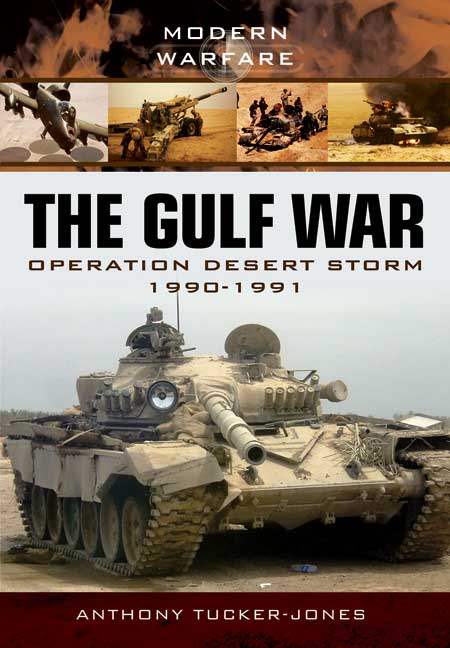 Click here for help on how to download our eBooks
Add to Basket
Add to Wishlist
You'll be £4.99 closer to your next £10.00 credit when you purchase The Gulf War. What's this?
Need a currency converter? Check XE.com for live rates

Each stage in the Gulf War, the liberation by American-led UN forces of Iraqi-occupied Kuwait in 1990-91, is vividly described in this photographic history. Over 180 photographs provide a remarkable visual account of Operation Desert Storm in the air, at sea and on land, and they show the vast array of military equipment deployed by both sides.

Anthony Tucker-Jones, who worked at the time as an analyst for British Defence Intelligence, describes the armed forces that were ranged against each other, in total over a million troops, over 7000 armoured vehicles, 4600 artillery pieces, and thousands of aircraft.

In a concise text he relates the key events in the short, intense conflict that followed – the preliminary air campaign, the elimination of the Iraqi navy, the coalition's ground offensive, the tank battles in which American Abrams and British Challengers engaged Soviet-designed T-72 and T-62s, the Iraqi retreat, the death and destruction at the Muttla Pass, and the liberation of Kuwait City.

The photographs, most of which have not been published before, give a powerful impression of the character of late-twentieth-century warfare. They also record a major conflict that has been overshadowed by the more recent war against Saddam Hussein's Iraq.