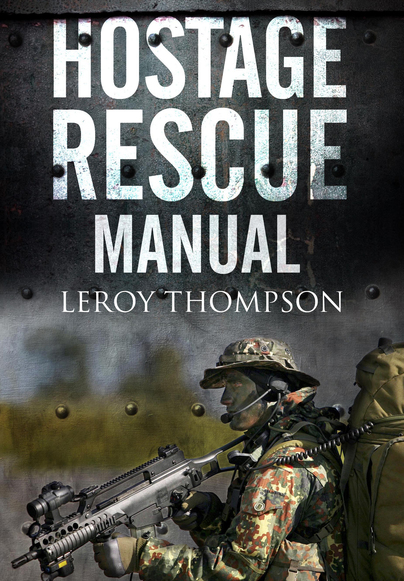 Click here for help on how to download our eBooks
Add to Basket
Add to Wishlist
You'll be £4.99 closer to your next £10.00 credit when you purchase Hostage Rescue Manual. What's this?
Need a currency converter? Check XE.com for live rates

The Hostage Rescue Manual is a comprehensive, illustrated source on the dynamic operations which have saved hundreds of lives. It is based on strategies which have proved successful in hostage incidents around the world, including the landmark SAS rescue at Prince's Gate, London, and is compiled by an author with intimate and practical knowledge of the filed. Hostage rescue has become an increasingly prominent part of the war against terrorism, with elite units being trained all over the world to respond to the tactics of 'hostage takers'. Yet despite media coverage of the more dramatic evacuations, it emerges that the success of a rescue is often determined during the hours leading up to confrontation. Once the incident has been 'contained' within a certain perimeter by authorities, a large share of the responsibility rests with the 'hostage negotiator', whose job it is to save the lives of both hostage and hostage-taker by 'negotiating the incident out'. When negotiations fail, it becomes necessary to send in the hostage rescue team, to resolve the situation by force and skill.
The Hostage Rescue Manual explains the complex factors which determine the methods of entry undertaken by a team, with discussion of the pros and cons of 'stealth' versus 'dynamic', plus the significance of 'distraction' in securing successful entry into a site. Operations against widely differing types of location, from nuclear power plants to airliners, are detailed, as are the range of special weapons available to the men and women tackling each incident. We also learn of the multiple roles played by participants, such as the use of snipers as intelligence sources. Incorporating vivid photographs and diagrams of rescue units in action, Hostage Rescue Manual is the complete reference work on counter-terrorist procedures all over the world.

Another manual from an author who is a specialist in the subjects of counter-terrorism and hostage rescue. This is a non-nonsense guide to a subject that is all too familiar, but little understood outside the professionals. By taking the approach of a Manual layout, the author has provided a very clear exposition of his subject with the support of photographs and drawings – Highly Recommended.