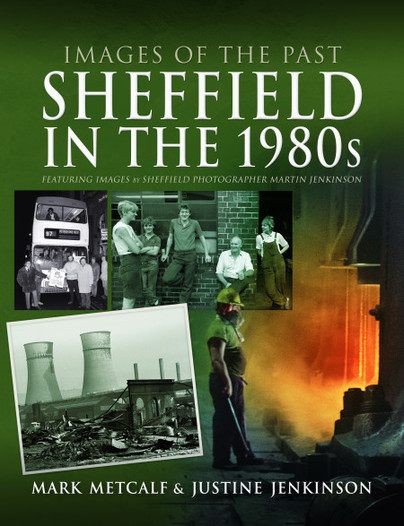 Click here for help on how to download our eBooks
Add to Basket
Add to Wishlist
You'll be £4.99 closer to your next £10.00 credit when you purchase Images of the Past: Sheffield in the 1980s. What's this?
Need a currency converter? Check XE.com for live rates

A fabulous book for lovers of photography with a social conscience, and for anybody interested in the recent history of Sheffield and of the UK in general.

Images of The Past: Sheffield in The 1980s by Mark Metcalf and Justine Jenkinson. This is a pictorial look into a city that had a very turbulent decade and shows Sheffield's problems. It was a city finding it hard to change from its deep and long connection to coal and the industries dependent on it. The book provides an excellent pictorial insight into the struggles the community had trying to adapt to a new world. It is now a city reborn.

It would be nice to see a second book looking at how the city is today. An interesting read and one for the bookshelves of anyone interested in the North of England.

I have read a few books in this series now and they are lovely books, this one gives a great view back in time of what was a time of political unrest and striking from the workforce in some of the industries that dominated the area at the time. I found that the book was well written and informative too.

It is 4 stars from me for this one and as a lover of social history books it was a great read – highly recommended!