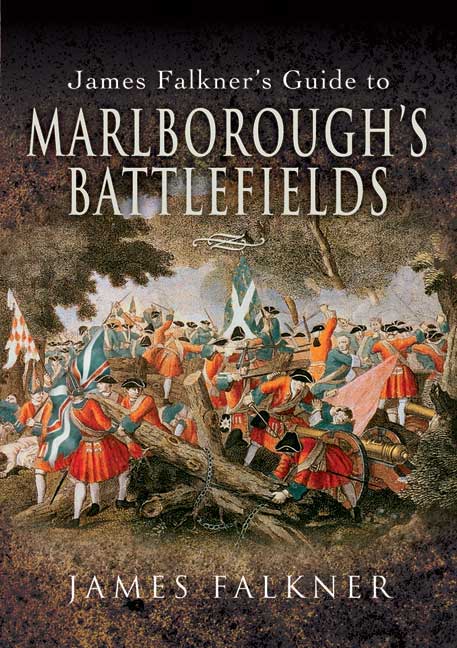 Click here for help on how to download our eBooks
Add to Basket
Add to Wishlist
You'll be £4.99 closer to your next £10.00 credit when you purchase James Falkner's Guide to Marlborough's Battlefields. What's this?
Need a currency converter? Check XE.com for live rates

Three hundred years ago Queen Anne's Captain-General, John Churchill 1st Duke of Marlborough, led the Allied armies in an epic struggle against the powerful French forces of Louis XIV, in campaigns that stretched across wide areas of the Low Countries, France and Germany. Marlborough's victories at the Schellenberg, Blenheim, Ramillies, Oudenarde and Malplaquet are among the most remarkable feats in all of British military history. Marlborough broke France's military power for a hundred years. As James Falkner demonstrates in this, the first full-scale guide to the subject, the story of these famous campaigns makes compelling and exciting reading, and the sites associated with them are evocative places that can easily be visited today. His battlefield guide is essential reading for anyone who is keen to understand the military history of the era, and it is an invaluable companion for visitors to the many battlefields associated with Marlborough's triumphs.

As featured in 'further reading' part of Marlborough & Eugene feature

Descriptions of the battles are clear, the narrative succinct and readable and a picture of the brutal progress of the battle of the day is well drawn as soldiers marched stolidly in line against flanking cannon and prepared defences.