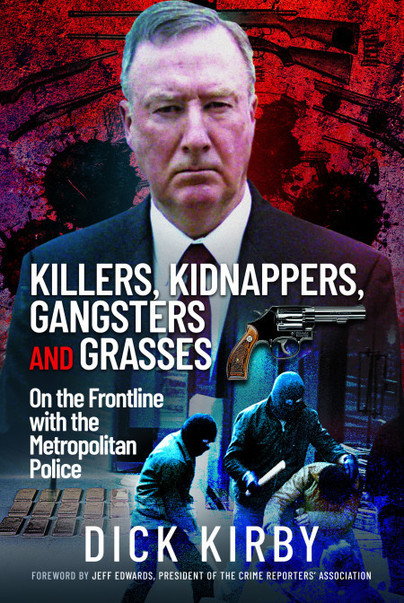 On the Frontline with the Metropolitan Police

Preorder
Add to Wishlist
You'll be £16.00 closer to your next £10.00 credit when you purchase Killers, Kidnappers, Gangsters and Grasses. What's this?
+£4.50 UK Delivery or free UK delivery if order is over £40
(click here for international delivery rates)

In his latest thrilling book, much published crime author Dick Kirby draws on his fast moving policing service, much of which was with Scotland Yard’s Serious Crime Squad and the Flying Squad. As if that was not enough he brings in accounts of fellow coppers during the final decades of the 20th century to add a fresh dimension.

It quickly becomes clear to the reader that Kirby and his colleagues practised their art in a markedly different style than that prevailing today. Corners were cut, regulations ignored and pettifogging rules trampled on in the wider public interest of bringing criminals to justice and preserving law and order. Above all the best senior detectives led fearlessly.

Kirby describes front line policing where the public came first and the criminals a poor second. There are great stories of arrests, ambushes, fights and meeting informants in unlikely places.

Eyebrows may be raised at the book’s contents but many will feel that there is no place in the fight against serious crime for ‘woke-ness’ and political correctness and regret the passing of no-nonsense law enforcement. 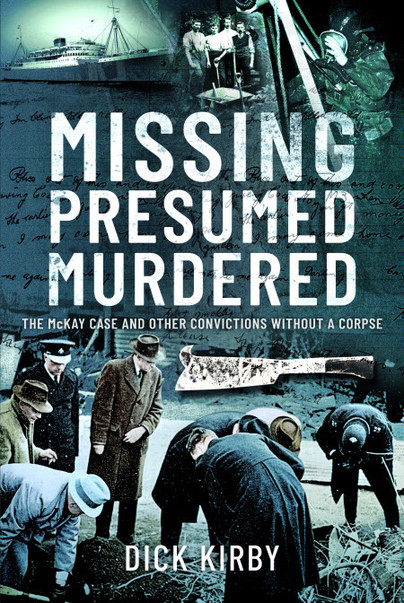 Murders in any form, and the more gruesome the better, hold a morbid fascination to the British public but never more so than when the bodies of the victims are never found. Aside from the lack of closure for relatives and friends, this factor creates problems for police and prosecutors and has macabre appeal for the public. Muriel McKay, wife of a senior News of the World Executive was kidnapped in 1969. Although her body, believed to have been fed to pigs, was never found, the perpetrators were convicted. The same fate was suffered by the business partner of a Polish farmer. James Camb murdered…

Click here to buy both titles for £36.00
More titles by Dick Kirby