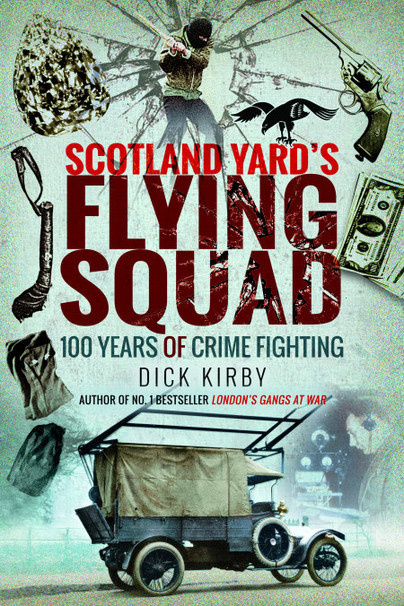 Add to Basket
Add to Wishlist
You'll be £14.99 closer to your next £10.00 credit when you purchase Scotland Yard's Flying Squad. What's this?
+£4.50 UK Delivery or free UK delivery if order is over £35
(click here for international delivery rates)

Kirby contributes to newspapers and magazines on a regular basis, as well as appearing on television and radio. The Guv’nors, The Sweeney, Scotland Yard’s Ghost Squad, Brave Blue Line, Death on the Beat, Scourge of Soho, Scotland Yard’s Flying Squad, London’s Gangs at War, Scotland Yard’s Gangbuster, The Mayfair Mafia, Scotland Yard’s Murder Squad and Racetrack Gang Wars are all published under the Wharncliffe True Crime imprint and he has further other published works to his credit. On retirement he lives near Bury St Edmunds, Suffolk.