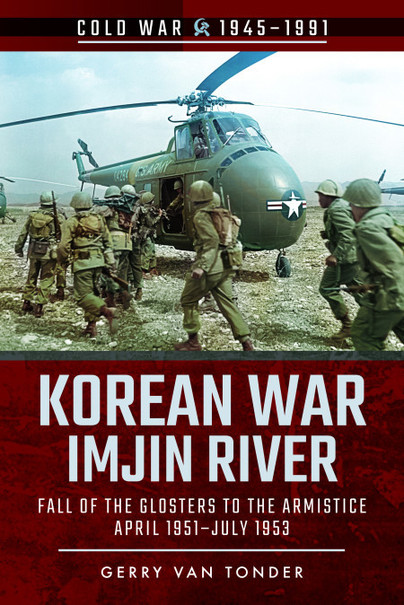 Add to Basket
Add to Wishlist
You'll be £14.99 closer to your next £10.00 credit when you purchase Korean War - Imjin River. What's this?
+£4.50 UK Delivery or free UK delivery if order is over £40
(click here for international delivery rates)

This fine and popular Cold War Series takes the Korean War on from the fall of the Gloucesters to the ending fighting. The Korean War has received far less coverage by historians than it deserves and this new book adds greatly to the telling of the story. – Very Highly Recommended

The Korean War as with World War II, is slowly drifting away from living memory, and that fact increases the value of books such as this. The text is easy enough to read, if a little dry, but the mix with the photographs and graphics lifts its appeal greatly, as it enables the reader to visualise some aspects of the conflict both sides faced.