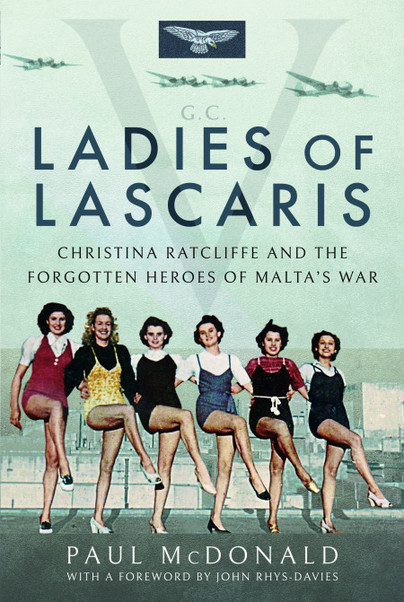 You'll be £4.99 closer to your next £10.00 credit when you purchase Ladies of Lascaris. What's this?
Need a currency converter? Check XE.com for live rates


This is an atmospheric book that gives a good feel for the horrors of the long aerial siege of Malta, and how this remarkable group of Maltese and British women worked under intense pressure in the RAF control room to help organise the defence of the island.

When Gimli, the fierce dwarf in The Lord of the Rings, wields his battle axe, you pay attention.

When Gimli aka John Rhys-Davies tells you to read a book, you should probably also pay attention.

This is that book. As an actor, Rhys-Davies has an eye for plot and an ear for words, and he is right, this is a story worth knowing. Why it ever came to matter to him is a story in itself. If you think of the book’s first chapter, fittingly titled “Connections,” as one big circle drawn on the page, at its end it will have turned into a Venn diagram of quite enormous complexity. Kudos to author Paul McDonald, who definitely is in one of those overlapping circles, to have had the presence of mind to say at some point during his RAF recce missions, “Wait a minute . . . who? when? why?”

Yes, of course, a book about Malta in World War II involves Spitfires and the Royal Air Force and all sorts of events and people a student of that era will recognize and be interested in. “The most valuable pilot in the RAF” features prominently here, but in a context that is surely not all that widely known. A quick caveat: this is not the first book to deal with the subject, not even McDonald’s first.