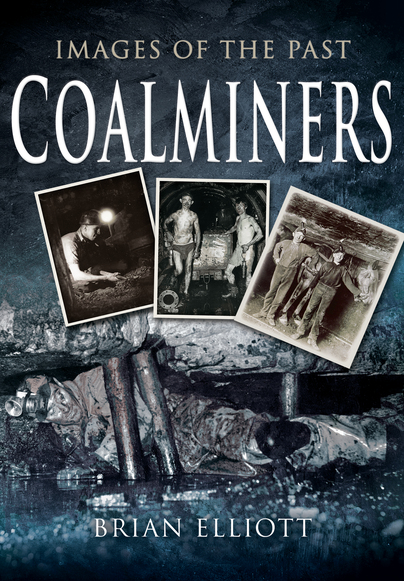 Images of the Past - Coalminers (ePub)

Click here to listen to Brian Elliott on Radio Sheffield on the Paulette Edwards Show.

You'll be £4.99 closer to your next £10.00 credit when you purchase Images of the Past - Coalminers. What's this?
Need a currency converter? Check XE.com for live rates

There have been many books published about the coal mining industry of Britain but relatively few about the miners themselves. This book is unique in that it concentrates on the miner, his family and his work through a careful selection of illustrations. Although most of the images are photographic, and therefore relate to the latter part of the nineteenth to the closing years of twentieth century, use is also made of much earlier sources, from woodcuts and engravings to illustrations in contemporary journals and magazines.

A good deal of the material has come from the author's own collection, accumulated over many years of research; and also from archive sources. The selection is wide ranging, covering the traditional coal mining regions of Britain, from Scotland and northern England, through the midland coalfields and to Wales, as well as images from smaller coalfields such as Cumbria and Somerset.

Today, coal mining is a virtually a lost industry and the men, women and children involved in what was once Britain's most important economic but most dangerous activity deserve both recognition and celebration.

I love this kind of book that lets you look back at social history – this one gives an insight in to what was once a very popular industry for decades in the UK – that of Coalmining and this book has the focus on the role of, and the people who occupied the roles of Coal Miners themselves.

My father worked for the Coal Board when I was born, albeit is as an Electrician and not on the actual coal front. Working down the Pit as it was known was quite a common occupation for where we live in the Midlands with my uncle, my dad’s brother being one on the front line.

I wanted to know more about what it was like after speaking to my dad and this book was an eye opener. We live now in an area that was predominantly made of mining communities, we have roads named after the different coal seams and coal faces (I didn’t click that’s what they were until reading this book), we have the wheels from the old collieries on roundabouts and in school playgrounds and houses that were built for the communities that worked down the Pit.

The role of the Coal Miner was difficult and many risked their lives daily, some losing them in the disasters that occurred but the majority took provide in their work and loved the camaraderie from the colleagues as they completed the role.

It is 5 stars from me for this one, I really enjoyed finding out more about the topic and loved that I could link this one back to my families own history too – very highly recommended!

An interesting photographic focus on the lives of coal miners and their families.

The author has already established a reputation for mining histories and writes with feeling. This book follows the well-established format of strong image content with text in support as introduction, background and captions. In less than 40 years, British mining has reduced from a major employer and wealth generator to almost complete extinction. There are many reasons for this, including inadequate funding and renewal, but the work of climate fraudsters has not only finished the destruction of British mining but also destroyed the importation of coal from cheaper sources. This book will provide readers with a very able introduction to an industry that they may have known almost nothing of... The book is well illustrated with drawings and photographs that provide an effective presentation of miners and their environment, since the start of coal mining in Britain. Highly recommended.

'Brian Elliott's book 'Images of the Past Coalminers' is a celebration of those who toiled underground to produce coal for the masses.'

This book is unique in that it concentrates on the miner, his family and his work through a careful selection of illustrations.

As featured on BBC Radio Sheffield: Click here to listen to the interview with Brian Elliot on the Paulette Edwards show