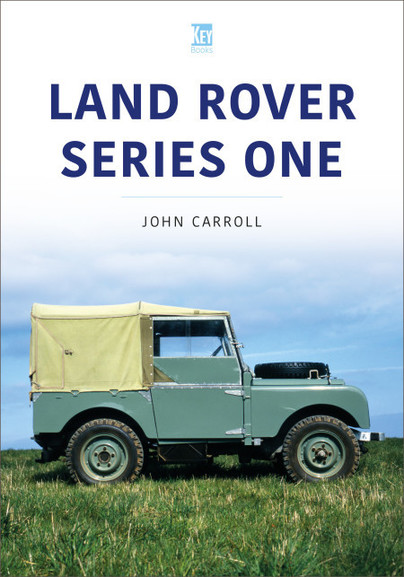 Add to Basket
Add to Wishlist
You'll be £12.79 closer to your next £10.00 credit when you purchase Land Rover Series One. What's this?
+£4.50 UK Delivery or free UK delivery if order is over £35
(click here for international delivery rates)

The Land Rover was a post-war marvel, a vehicle that helped change the face of motoring on and off-road around the world. From its humble beginnings as a temporary stopgap intended to get the Rover Company up and running again, created in a workshop at Solihull, it soon endeared itself to those who needed to travel off the beaten track anywhere in the world. Its success can be gauged by the fact that, in only six years, more than 100,000 were made.

The vehicle evolved quickly in its first ten years from 1948-58 – to the extent that the Land Rovers known as Series Ones include five wheelbases and three engines – and it became a permanent part of the Rover Company’s range. Owners and drivers soon included royalty, farmers, explorers and soldiers, and the Land Rover became a ubiquitous part of the British landscape, especially in rural areas.

Inevitably, the Land Rovers that started the legend became cherished and sought-after classics, to the extent that the Land Rover Series One Club is now the largest Land Rover club in the world. Series Ones are owned by people as diverse as the tasks Land Rovers are expected to perform, and this book reflects that. Photographed in recent years, it offers a portrait of these cherished vehicles, their owners and the events they attend.