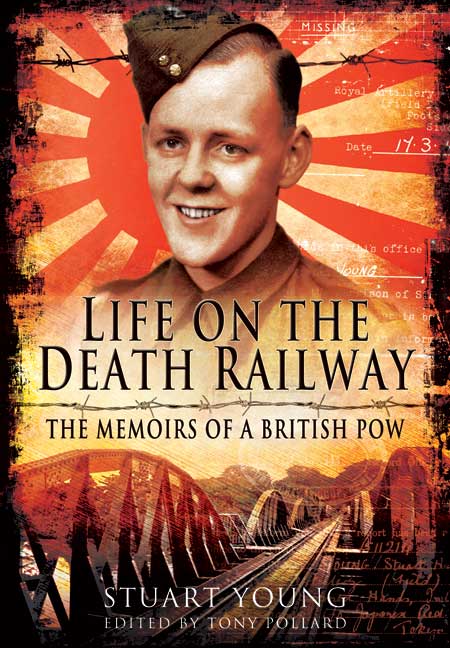 Life on the Death Railway (ePub)

The Memoirs of a British POW

Click here for help on how to download our eBooks
Add to Basket
Add to Wishlist
You'll be £4.99 closer to your next £10.00 credit when you purchase Life on the Death Railway. What's this?
Need a currency converter? Check XE.com for live rates

As a young man Stuart Young endured the horrors of the Japanese prisoner-of-war camps and survived. Later in life, in graphic detail, he recorded the experience – the dreadful conditions, the brutal treatment, the sickness and starvation, the merciless routine of forced labour. Yet he also recorded the comradeship among the prisoners, their compassion and strength, and the pastimes and entertainments that helped them to come through an ordeal that is hard to imagine today.

The narrative covers the entire course of his war, from his final days in his home town of Nottingham, his voyage with his regiment via South Africa to the British fortress-city of Singapore, the humiliation
of its surrender to the Japanese in 1942 and the long years of imprisonment, deprivation and hardship that followed. First he was held at the notorious Changi camp on Singapore Island, then in the camps in Thailand that accommodated POWs who were forced to work on the 'Death Railway', the line between Bangkok and Rangoon that claimed the lives of thousands of Allied prisoners and Asian labourers.

Perhaps the most revealing passages of his memoir recall the daily experience of captivity – the ceaseless battle to survive the backbreaking work, the cruelties of the guards and the ever-present threat of disease. His account gives a harrowing insight into the daily reality of captivity and it shows why he was determined to document and make sense of what he and his fellow prisoners suffered.