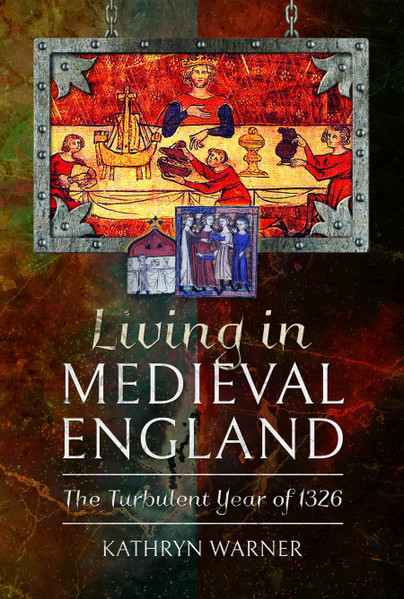 Click here for help on how to download our eBooks
Add to Basket
Add to Wishlist
You'll be £4.99 closer to your next £10.00 credit when you purchase Living in Medieval England. What's this?
Need a currency converter? Check XE.com for live rates

"Living in Medieval England: The Turbulent Year of 1326" offers a unique glimpse into the past. Using the account book of Edward II's chamber as her main source, Kathryn Warner paints a vivid picture of England in 1326. Month by month, she tells the stories of ordinary people living their lives in England before Edward II's deposition. While most books about the fourteenth century concentrate on the lives of the royalty, Warner shines a light on the common people of England such as valets who served in the King's chamber, carpenters, fishermen etc.

The book offers delightful insights into the past and is a must read for everyone who loves to learn about the Middle Ages.