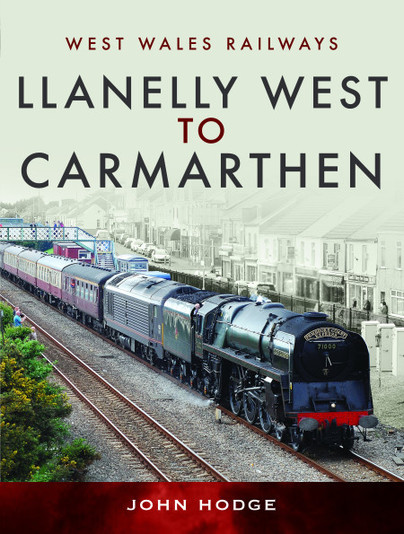 Add to Basket
Add to Wishlist
You'll be £27.00 closer to your next £10.00 credit when you purchase Llanelly West to Carmarthen. What's this?
+£4.50 UK Delivery or free UK delivery if order is over £35
(click here for international delivery rates)

Llanelly West to Carmarthen is the latest addition to an ongoing series about railways in West Wales, by railway historian John Hodge.

This book covers each station and main locations along the route, with good photographic coverage and interesting long captions explaining the locations' significance.

The work is of interest to railway historians and those who accurately model railways, having a good coverage of the subject throughout its pages.

Narrative summaries of each of the major locations are provided, but the real strength of the book lies in the several hundred photographs which the author has brought together. These include the huge and diverse range of steam motive power to be found at Carmarthen shed over the years, a fine selection of views of Carmarthen station itself, everyday and special trains passing through rural and often highly scenic locations, and useful views of the intermediate stations and signal boxes which will be particularly valuable to the modeller and historian.

This is another well recommended title from Pen & Sword.

If you are interested in this route you will enjoy the book and there is some fine content for modellers.