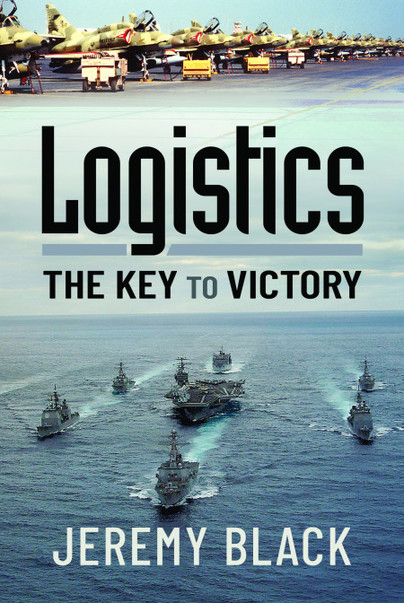 Logistics: The Key to Victory (ePub)

Click here for help on how to download our eBooks
Add to Basket
Add to Wishlist
You'll be £9.98 closer to your next £10.00 credit when you purchase Logistics: The Key to Victory. What's this?
Need a currency converter? Check XE.com for live rates

Logistics is an essential aspect of warfare and this is an original and much-needed contribution. All commanders know that an army (or navy) cannot operate without supplies yet most aspects of war studies emphasise strategy, tactics, weaponry and command. This book fills a gap in war studies with logistics as a huge subject at the centre of all conflict, globally and historically. The focus is on key conflicts, developments and concepts, illustrating the vital role of logistics with technologies changing but underlying issues remaining constant. Here is a world history of logistics - a veritable compendium - but within a detailed and comprehensive but concise text. Factors affecting logistics include, for example, climate, geography, food supplies, welfare of troops, payment, transport, communications, terrain and distance, but also government policy, stability and financial conditions. All are considered, including theoretical and practical factors of supply, from classical, ancient, early and medieval times, to modern eras of industrial warfare, especially with oil and steam, and scientific and technical advances - even cyber warfare and 'smart' weapons.

Jeremy Black has been described as 'the most prolific historical scholar of our age'. He has written widely on British and world history and politics, and international relations, from the 17th and 18th centuries to the present. He obtained a starred First in History at Queen's College, Cambridge, followed by postgraduate research at St John's and Merton Colleges, Oxford, and was Lecturer and Professor of History at Durham University, and is Emeritus Professor of History at Exeter University. He is a senior fellow at both the Policy Exchange and the Foreign Policy Research Institute in Philadelphia. He has lectured extensively in various British Commonwealth countries, Europe and the USA and served on prestigious academic and research bodies including the Royal Historical Society and the British Records Association, and on editorial boards of academic journals, for example, RUSI Journal, History Today, International Review of Military History and Media History. He is a frequent media contributor including the BBC and social media outlets. He was created MBE for services to stamp design.