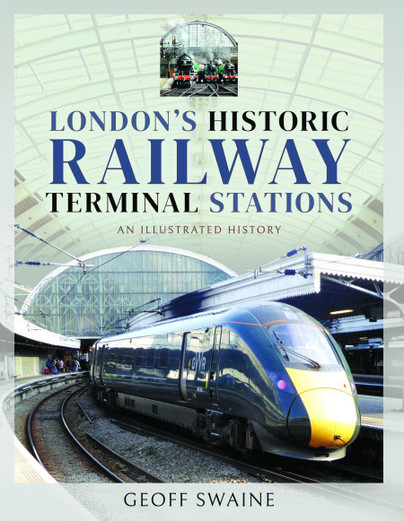 Add to Basket
Add to Wishlist
You'll be £27.00 closer to your next £10.00 credit when you purchase London's Historic Railway Terminal Stations. What's this?
+£4.50 UK Delivery or free UK delivery if order is over £35
(click here for international delivery rates)

This book covers in pictures, the history and development of London's main terminal stations, looking at the stations through the lens of photographers from Victorian and Edwardian times through to the modern era.

The main terminal stations in London have changed greatly in the last 150 years, this volume seeks through pictures to capture the spirit of those changes, showing the often interesting and colourful history of these great and often beautiful structures, that are an important part of our railway heritage.