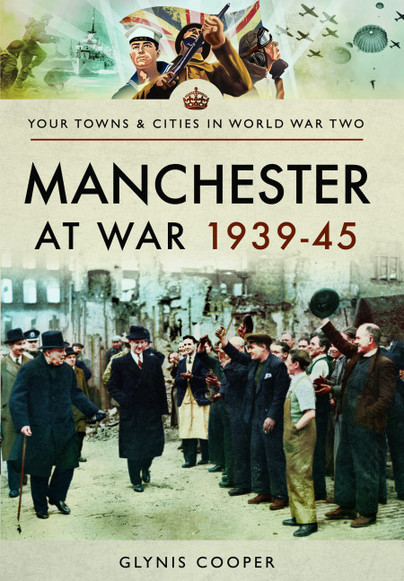 Few could believe that within twenty years of the war to end all wars being won the world was once more at war. Veterans of the Great War feared going through the same horrific experience again and, even worse, many knew that this time their children would also be involved in the fighting. What had all the sacrifice been for?

Manchester had been badly hit by the Great War with many lives lost, families ripped apart, industries destroyed. The cotton industry never recovered; especially since Japan, China and India offered cheaper cotton goods. Building and economic recovery had been hindered by the Great Depression.

The city was not ready to face another war, nor for the ferocity of the aerial attacks unleashed, nor for the treachery of the Black-Shirts. Yet somehow Manchester found the strength to unite against the enemy once more and ensure that Germany would never be victorious.

This book chronicles the difficulties, hardships, restrictions and morale of the city year by year as the war dragged on, and is a timely reminder of how the local community strived to fight the odds that were stacked against them.

★★★★★ This is a totally fascinating book, and shows Manchester and how the city fought back during the war.