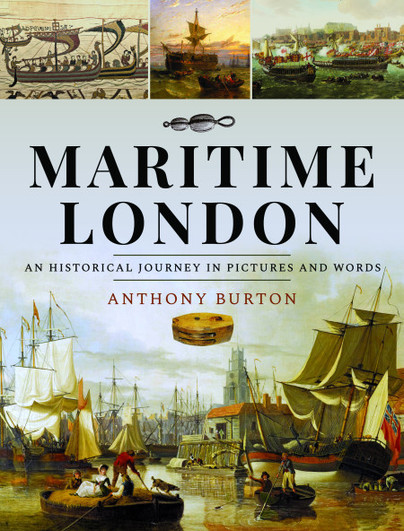 An Historical Journey in Pictures and Words

Preorder
Add to Wishlist
You'll be £27.00 closer to your next £10.00 credit when you purchase Maritime London. What's this?
+£4.50 UK Delivery or free UK delivery if order is over £35
(click here for international delivery rates)

The book looks at London’s maritime history from the establishment of Roman Londinium to the present day. It discusses many different aspects of life on the Thames and its connecting waterways and canals. There was a time when the River Thames was the main highway for the city, when watermen plied their trade carrying passengers and goods in a wide variety of craft, ranging from rowing boats to sailing barges. The Thames was also, for many centuries, a major ship building centre, and the story includes the construction of some iconic vessels from Henry VIII’s flagship Henri Grace á Dieu to Isambard Brunel’s great steamship the SS Great Eastern. London was also until recently the country’s most important port. In the days of sail, the Port of London was crowded with vessels and it was not until the nineteenth century that major enclosed docks were built, a process that continued into the early years of the twentieth century. The early nineteenth century also saw London connected to the rest of England through a network of canals. Other topics covered include the lifeboat service, river fire fighting forces and the river police. The result is a colourful pageant that highlights the vital role that London’s waterways played in the life of the capital.