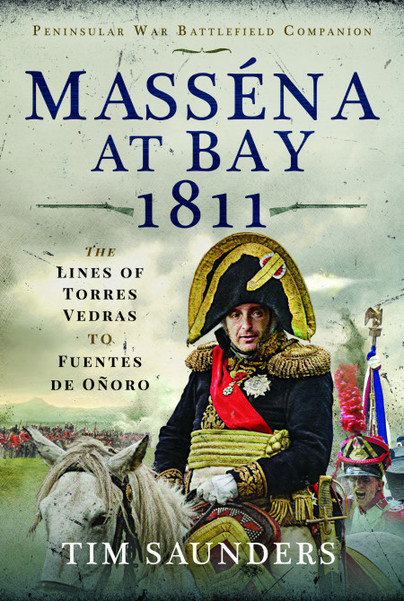 “…Masséna at Bay, 1811 is a splendid addition to any Napoleonic library.”

While understanding the importance of the Peninsular Campaign, Napoleonic is not my bag. Nevertheless it gave me a good understanding of tactics, logistics and communication problems of the era. Four Mr Mushroomheads.

It's hard to find fault with this book and so I don't. I don't class myself an expert on this particular period in history and so I take the author at his word, and for that matter have no reason to question what he writes.

The book is authoratitive, well illustrated and there are maps with arrows showing the line of advance which, for those of us who may not be overly familiar with the terrain, are always useful. There are also extensive notes, appendices and an index, all of which score points as far as I am concerned. This is a useful deep-dive into this particular action of the Peninsular War which has been produced to a high standard by Pen & Sword.

"This is a good workaday account of the campaigns covered, with some useful maps from a knowledgeable author."

This is a thoroughly enjoyable book for those who enjoy narrative military history. Saunders builds that narrative from primary source material as much as possible, something that is sadly too rare in military history written for the general public. He also keeps the story moving along tidily with few diversions, and he is supported by a generous allocation of maps, photographs of reenactors and the major sites, paintings, and contemporary illustrations of soldiers and landscapes... Masséna at Bay 1811 is certainly heading for the Peninsular War shelf in my library.

"This work is a valuable addition to the library of those with an interest in the Peninsula War."

Another book delivered to the author’s high standard. Well supported with maps, especially those superimposed on modern physical maps, images and sources. It carefully explains the necessity of the defensive posture in Portugal and the consequent and evolving movements.