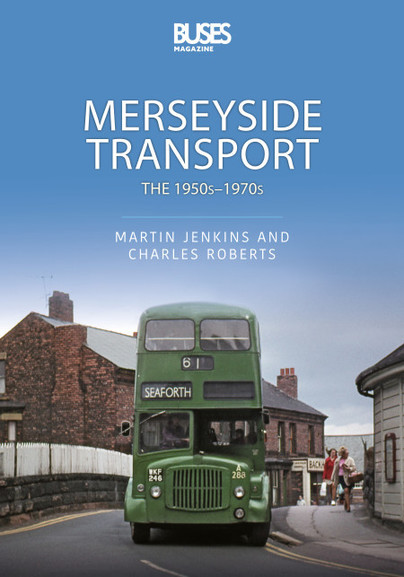 Preorder
Add to Wishlist
You'll be £11.99 closer to your next £10.00 credit when you purchase Merseyside Transport. What's this?
+£4.50 UK Delivery or free UK delivery if order is over £35
(click here for international delivery rates)

Merseyside can claim, with some justification, to have provided the transport enthusiast with a greater variety of transport modes than anywhere else in Britain. By the 1950s, with many long-standing scenes about to disappear, photographers began faithfully to record what they saw in colour. It is these images, including road, rail, sea and other modes of transport, that illustrate this nostalgic pictorial portrait of key aspects of the richly varied scene. Taking the reader on a journey from Liverpool and its suburbs to Birkenhead and Wallasey, with one small detour to include views of the remarkable Runcorn Transporter Bridge, this book gives a full-colour view of the historic transport that was part of the Merseyside townscape from the 1950s to the 1970s.

CHARLES ROBERTS was born in Wirral, Merseyside, and worked in the bus industry in London, the Midlands and the North East. From 1989 until 2017, he lectured in transport and logistics subjects at Liverpool John Moores University, latterly heading the MSc and BSc programmes in Maritime Management and Logistics. A keen and much-travelled transport enthusiast and photographer, he is currently the Chairman of Online Transport Archive, and has co-authored a range of books based on material held by the Archive.