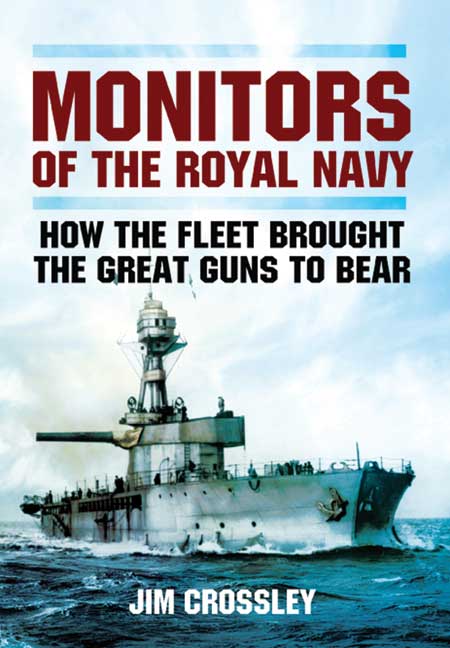 Monitors of the Royal Navy (ePub)

How the Fleet Brought the Big Guns to Bear

Click here for help on how to download our eBooks
Add to Basket
Add to Wishlist
You'll be £4.99 closer to your next £10.00 credit when you purchase Monitors of the Royal Navy. What's this?
Need a currency converter? Check XE.com for live rates

Monitor warships mounted the biggest guns ever deployed by the Royal Navy, and played an undeniably important part in Allied efforts during World War One and Two. They were built as cheap "disposable" ships made out of redundant bits and pieces which the Admiralty happened to have available which could bring heavy artillery to bear on enemy coasts with pin point accuracy and on at least one occasion a force of only three monitors had a profound effect on the strategic situation in WW I. Being classed as disposable they were often exposed to risks far more recklessly than more expensive battle ships or heavy cruisers. So impressive was their performance in WW I that two were retained in service into WW II and did such good work during the North African campaign that two new ones were built and they fought in the Mediterranean, in the Normandy landings and in the advance of the Allied armies into occupied Europe. They astonished allies and enemies alike with the devastating effect of their accurate fire reaching targets 10 miles or more inland.

The book deals with the origins of Monitors and how they evolved from the bomb ketches of the 18th century. It looks at how the various classes of monitor were designed and built and explores their careers in both World Wars, including the particular impact they had on the various campaigns in which they fought. It attempts to assess their effectiveness as compared to some other classes of ship, and is sure to appeal to a wide range of related enthusiasts.

The overview by the author of the background history of the campaigns is quite masterful. Certainly a book I surprisingly, enjoyed and would recommend.

As Crossley's book shows, these little ships would continue to perform sterling services for years to come and during two world wars. Crossley succeeded in setting all of these into a fathomable context by providing a concise and yet comprehensive record of a variety of naval vessel. He casts a critical eye over their use during two world wars and speculates how they might have influenced the outcome of the navy's failed Dardanelles effort.

The book starts with a good account of the design history of this type of unusual vessels explaining the reason for their existence as well as their cheap and hurried construction, their defects with regard to speed and manoeuvrability and the intended 'expendable' nature of their use in action. The book is well-compiled and well-written.

Provides much more information on the background thinking, both political and technical, behind the monitors and the operations they took part in. The text is written in a very friendly, easy-to-read manner."