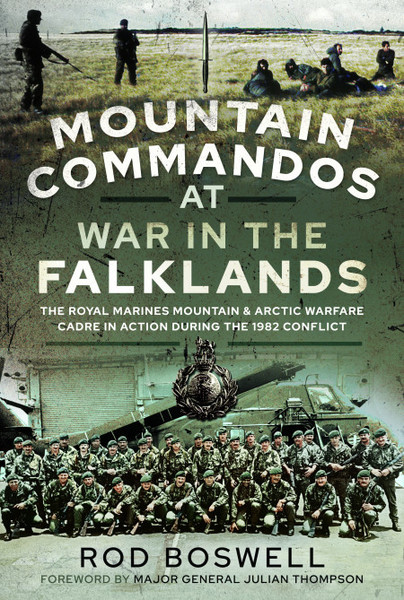 Mountain Commandos at War in the Falklands (ePub)

Click here for help on how to download our eBooks
Add to Basket
Add to Wishlist
You'll be £4.99 closer to your next £10.00 credit when you purchase Mountain Commandos at War in the Falklands. What's this?
Need a currency converter? Check XE.com for live rates

This is a decent account of the Royal Marines Arctic Warfare Cadre during the 1982 conflict by their CO at the time, Capt Rod Boswell.
Having given a good overview of the Mountain Leaders involved and their training methods and tactics, it goes on to describe their setting out on the first ship to leave the UK to retake the islands and the subsequent journey.