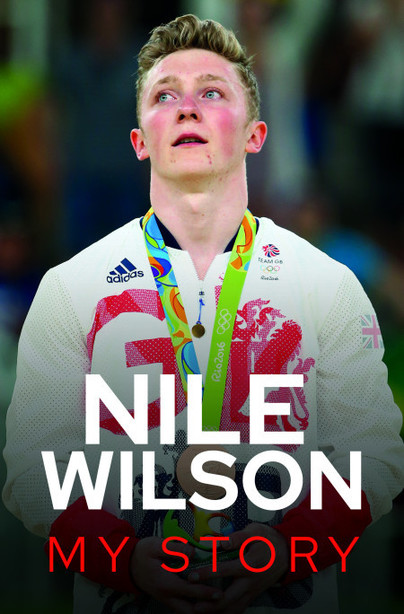 Click here for help on how to download our eBooks
Add to Basket
Add to Wishlist
You'll be £4.99 closer to your next £10.00 credit when you purchase Nile Wilson - My Story. What's this?
Need a currency converter? Check XE.com for live rates

The Nile Wilson book, Nile Wilson - My Story is way more than I was expecting.
I know of Nile from his Olympic career, his You Tube channel, and his videos with Tom Daley. But, with this read, I was able to glimpse the deeper side of Nile.
His story isn't an easy one, as he has suffered from mental illness issues and addiction. It's definitely a tough read at times. And more than anything, Nile is strong in his encouragement of others to ask for help when they need it.
I definitely enjoyed this book and the deeper look into Nile's serious side. He has definitely experienced a lot of obstacles along his way to success. I am impressed with this story.

As a fan of Nile's YouTube channel, I was initially concerned this would be a bare-bones retelling of what he already shares online alongside his friends and family, but I was pleasantly surprised.

I was taken aback by some of the chapters in this book, particularly those surrounding his struggles with alcohol and gambling, and the trouble with Leeds Gymnastics club and British Gymnastics. These chapters give a 'cards on the table', raw and gritty insight into his personal battles and the hard-truths about the sport, seemingly filling in the blanks from his life lived online... Great book for budding Gymnasts AND those less flexible!

As someone who has been supporting Nile, initially with his gymnastics career for around 7 years now, this was a really interesting read! I really felt Nile’s passion for his career and family and found it refreshingly honest in terms of addiction and mental health.