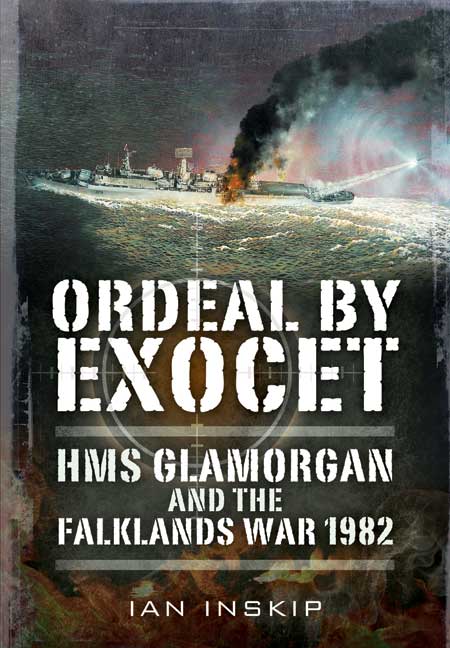 HMS GLAMORGAN and the Falklands War 1982

Click here for help on how to download our eBooks
Add to Basket
Add to Wishlist
You'll be £4.99 closer to your next £10.00 credit when you purchase Ordeal by Exocet. What's this?
Need a currency converter? Check XE.com for live rates

HMS Glamorgan was in the thick of the fighting throughout the war. Her role for most of the time was that of an expendable escort and she became the only ship to survive an Exocet hit. Incorporating vivid first-hand accounts and illustrated with photographs, the book also portrays the daily life of an escort under wartime conditions and describes only too clearly the tension, fear, storm, cold, disaster and sorrow which were so close at hand.

New light is shed on the Belgrano affair and startling facts are revealed about other incidents including the high level conduct of the war. There is a detailed account of the successful deception plan, Operation Tornado, and the impact of the war on the families left at home.

While attacking the enemy, Glamorgan faced missiles, bombs, shells and rockets. Personal accounts recall these attacks, and other operations including the Pebble Island raid. All the Exocet attacks on the Battle Group are included, culminating with the desperate fight to save the ship, which came perilously close to sinking. The aftermath and the trauma experienced by those who lost shipmates brings home the gruesome reality of war. Written by one who experienced at first hand that reality, Ordeal by Exocet is a gripping read for historian, enthusiast and general reader alike.

A very readable work and if you did not catch it the first time around this is an excellent 2nd edition - recommended for your library.