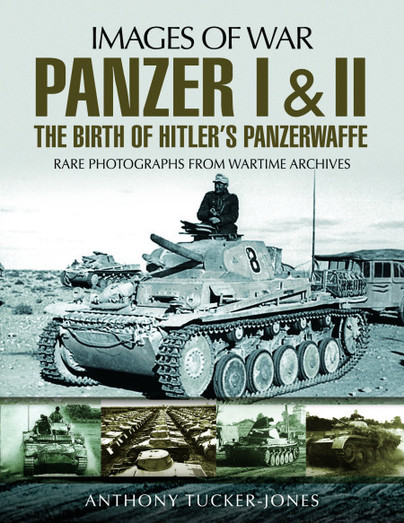 Panzer I and II: The Birth of Hitler's Panzerwaffe (ePub)

Click here for help on how to download our eBooks
Add to Basket
Add to Wishlist
You'll be £4.99 closer to your next £10.00 credit when you purchase Panzer I and II: The Birth of Hitler's Panzerwaffe. What's this?
Need a currency converter? Check XE.com for live rates

Of all the German tanks produced during the Second World War, the Panzer I and II were certainly amongst the least formidable as they were primarily intended for training and as a stopgap until the more impressive Panzer III and IV were ready for service. Yet they have a special place in the history of armoured warfare as the vehicles which shocked the world with the Blitzkrieg revolution in 1939 and 1940. Although soon phased out of the front line as tanks, both were subsequently modified into self-propelled guns; the Bison, Wespe, Panzerjager I and Marder II to name but a few of the more prominent types, and with this more impressive armament they continued as infantry support weapons long into the war, and to its end in the case of the Mk II. The carefully chosen photographs in this book chronicle their long history, showing both vehicles and their many variants in different situations, camouflage patterns, and in varying degrees of repair, in pre-war Germany, Poland, France, Russia and North Africa.