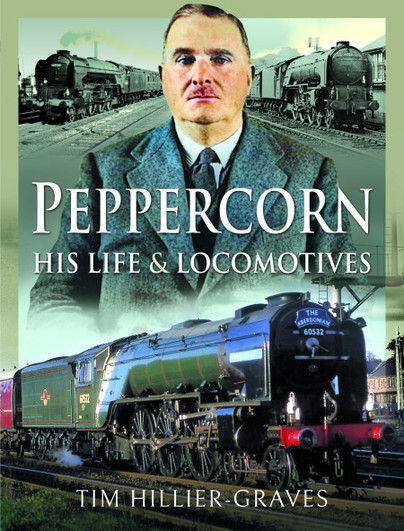 Peppercorn, His Life and Locomotives (ePub)

Click here for help on how to download our eBooks
Add to Basket
Add to Wishlist
You'll be £19.99 closer to your next £10.00 credit when you purchase Peppercorn, His Life and Locomotives. What's this?
Need a currency converter? Check XE.com for live rates


The author describes Peppercorn as a facilitator rather than an innovator but in the post war world that was a skill badly needed. Personally well liked with a sense of humour his early death was a great loss to engineering but his record and achievements are righty celebrated in this book.

The Society of Model and Experimental Engineers Journal - April 22

"The author has undertaken much diligent research in what is the first detailed biography of Peppercorn. The resultant story is highly detailed, telling the story of this gifted engineer from his early days, through the Second World War years when he served as deputy to Edward Thompson to his brief but tumultuous time at the top."

"This is an excellent and thought-provoking work, illustrated profusely with contemporary photographs and surviving documents."

"It is recommended unhesitatingly, an excellent book in its own right but one that should perhaps be read in conjunction with the author’s books on Gresley and Thompson, truly a magnificent trilogy!"

This book is a decent tribute to the LNER’s last Chief Mechanical Engineer.

The book is a very enjoyable and informative read and should find a place on the shelves of any serious enthusiast of the LNER. Highly recommended.

A brilliant book on this iconic engineer of the hay day of steam on British Railways. It is a comprehensive history of his life and the engines he designed. I would give this six stars and would highly recommend it.