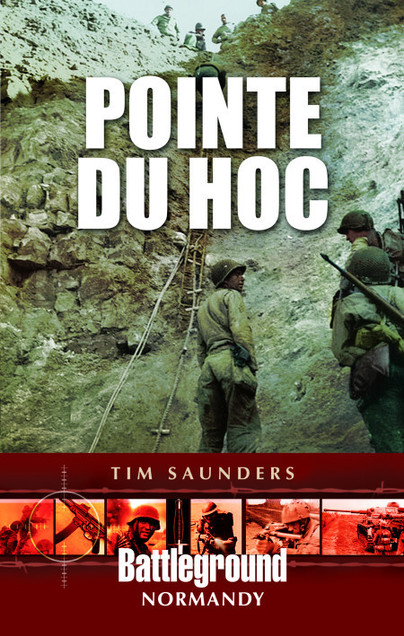 Click here for help on how to download our eBooks
Add to Basket
Add to Wishlist
You'll be £4.99 closer to your next £10.00 credit when you purchase Pointe du Hoc. What's this?
Need a currency converter? Check XE.com for live rates

The attack by Rudder’s Rangers on Pointe du Hoc, as one of the opening acts of D Day, is without doubt an epic of military history. As a result of Montgomery’s upscaling of the invasion General Bradley’s First US Army had to deal with a dangerous coastal gun battery that would dominate the approaches to both Omaha and Utah Beaches. When the plan to climb the defended cliff and put the guns out of action was first discussed, an astounded staff officer said ‘Two old ladies with brooms could sweep them off those cliffs!’

Lieutenant Colonel James Rudder, commander of the Provisional Ranger Group consisting of 2nd and 5th US Rangers, set about training his men and developing techniques to get up the hundred-foot-high cliff. Rocket fired grapples, ladders of various types and even free climbing of a similar lose cliff on England’s south coast were practiced.

On D-Day everything that could go wrong did go wrong. Lesser men would have given up, with the force having navigated towards the wrong headland, been continuously under fire as they motored back towards Pointe du Hoc, shipping water in the rough seas, craft sinking and few of the saturated grapples reaching the cliff top. None the less determined Rangers with German infantry hurling grenades down on them struggled up the cliff but the guns were not there.

With the Rangers fanning out across the wrecked battery and into the fields beyond the guns were found in an orchard and destroyed with thermite grenades. Mission accomplished but at 1300 hours there was no sign of the relieving force from Omaha. Colonel Rudder with his radios barely working appealed for help but with a near disaster at Omaha, neither help or relief was forthcoming. Consequently, the 200 Rangers fought on against mounting pressure in an equally epic battle until finally relieved two days later.

Pointe Du Hoc is undoubtedly one of the most heavily visited sites in Normandy. This newly released guidebook written by our own Tim Saunders gives the visitor a comprehensive account of the dramatic US Ranger operation to neutralise the guns that threatened OMAHA and UTAH beaches. Packed with useful maps, photographs and historical narrative it really is a comprehensive guide. Tim does have the unusual distinction of having made the climb to the Battery himself during an exchange with the US Army Rangers – he knows the ground!

A valuable resource if driving to the site on a private battlefield visit.

A useful book to have with you if you visit the Normandy landing beach areas.