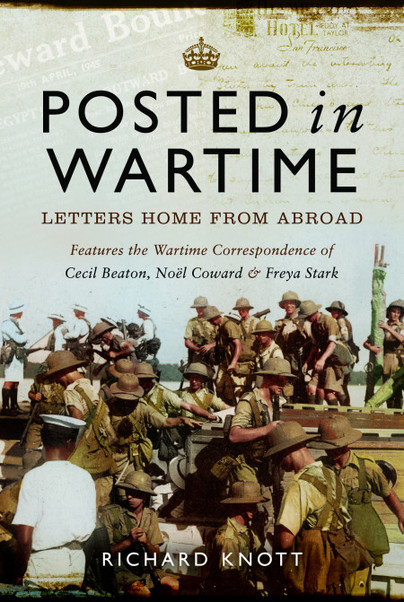 Add to Basket
Add to Wishlist
You'll be £15.00 closer to your next £10.00 credit when you purchase Posted in Wartime. What's this?
+£4.50 UK Delivery or free UK delivery if order is over £35
(click here for international delivery rates)

The Second World War saw many people consigned to long periods of exile, far from home. How did the exiled keep in touch with home? Why were some exiles silent when others wrote frequently and at length? Posted in Wartime explores the nature of such exile and considers what could be written in diaries and letters, given that letters were censored and diaries were, at best, frowned upon. At the book's heart are the stories of three very different exiles: a Liberty Ship captain; a doctor in the Royal Army Medical Corps; and an airman in Iraq and Palestine. Set alongside those are the experiences of a number of celebrated wartime exiles whose diaries and letters are both extensive and detailed, and whose stories loosely connect with the journeys of the three main protagonists; they include the travel writer Freya Stark, the photographer Cecil Beaton, and the playwright Noël Coward.

An achingly poignant account of life for the troops in wartime.

In turns the letters were warm, sad, witty etc, there must have been times when times of boredom brought melancholy thoughts of family and home and this book sets out to highlight the situation perfectly.

The thing I appreciated the most about this book is the strong idea of keeping up alive correspondence in a crucial moment for the world, with passion and devotion.

Achingly beautiful, worth savouring over time. I really enjoyed the photos and letters from time passed.