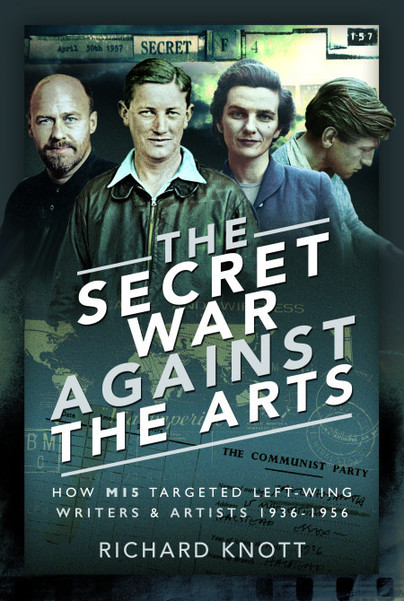 The Secret War Against the Arts (Hardback)

Add to Basket
Add to Wishlist
You'll be £25.00 closer to your next £10.00 credit when you purchase The Secret War Against the Arts. What's this?
+£4.50 UK Delivery or free UK delivery if order is over £35
(click here for international delivery rates)

During the 1930s, the British Intelligence agencies became increasingly concerned about Communist influence in the country. They reacted by spying on thousands of ordinary British citizens. Amongst them were many artists and writers who, in tune with ‘the spirit of the times’, had become sympathetic to left-wing causes, most notably the Spanish Civil War. Telephones were bugged, post opened, homes searched and people encouraged to report suspicious behaviour – all reminiscent of the East German Stasi.

This book has been written in the light of previously secret files, now available in The National Archives, which indicate the extent of the surveillance and the consequences for those being watched. It focuses on a significant number of writers and artists who were either members of the Communist Party of Great Britain or were suspected of being ‘fellow travellers’. They include: George Orwell, Stephen Spender, Olivia Manning, Storm Jameson, W.H. Auden, Sylvia Townsend Warner, J.B. Priestley, Doris Lessing, Julian Trevelyan, Randall Swingler, Paul Hogarth, Clive Branson and James Boswell. The Secret War Against the Arts is a unique account of a dramatic period of modern history, from the outbreak of the Spanish Civil War to the Hungarian uprising in 1956, revealing how MI5 was systematic, unrelenting and uncompromising in its pursuit of artists and writers throughout the period, while failing to see the much more disturbing treachery of others – Anthony Blunt, Guy Burgess and Kim Philby, for example.

"An interesting and informative book"

Richard Knott has written a lively and thought-provoking book.

During pre-War and after the War it would seem that MI5 would spend 20 years spying on thousands of its own nationals. It seemed that quite a few of them were actors, artists singers and those of culture or as they would say that had left wing leanings in life. With the emergence of fascist Franco and the Spanish Civil War and then with all the pressure and suspicions of eastern Russia. Britain would come to view these people with suspicion for crimes against the state. MI5 used secret files from the National Archives, the author Richard Knott reveals the extent of MI5’s methodical and implacable investigation into the lives of such people as the writer George Orwell, poets W.H. Auden & Stephen Spender, broadcaster J.B. Priestley and the artist Paul Hogarth who, like Orwell, had fought on the Republican side during Spain’s Civil War.

This was a surprising little book that I hadn’t really known about or at least thought about, although since reading about now it does make obvious sense. When you look at the continual suspicions of Americans especially around the 1950’s, for trying to hunt out communists and left wing followers, which when you think about it still goes on today in Trumps America. My wife is in the theatre profession and she had heard about this, which is looking forward to reading this copy of the book too. This book is very well written by the author Richard Knott, and explains a lot about the ways and papers that were used or filed by the authorities, the book feels balanced to me although in the end it didn’t really do them that much good as they should have been looking more towards the Cambridge University area. An interesting read indeed, I will probably read this again, I recommend this to any one either into MI5 or the Arts.

If you are interested in a book that gives a general overview of the issue, or particular references to some of his key characters, then this book will no doubt be useful to the discussion of state surveillance, its strengths and weaknesses and its possible impact. 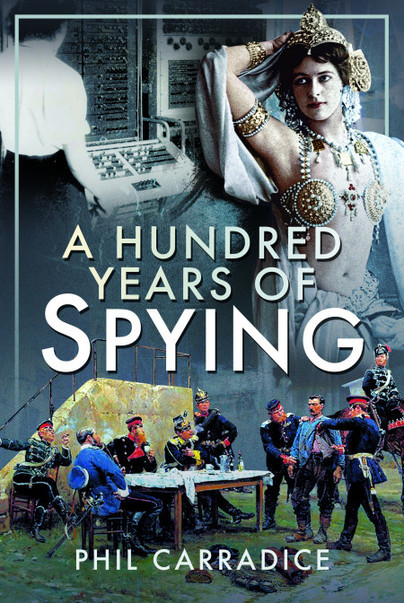 A Hundred Years of Spying (Hardback)

Early espionage organisations like Walsingham’s Elizabethan spy network were private enterprises, tasked with keeping the Tudor Queen and her government safe. Formal use of spies and counter spies only really began in the years after 1909, when the official British secret service was founded. Britain became the first major proponent of secret information gathering and other nations quickly followed. The outbreak of war in 1914 saw a sudden and dramatic increase in the use of spies as the military quickly began to realise the value of covert intelligence. Spying ‘came of age’ during the war…

Click here to buy both titles for £41.00
More titles by Richard Knott