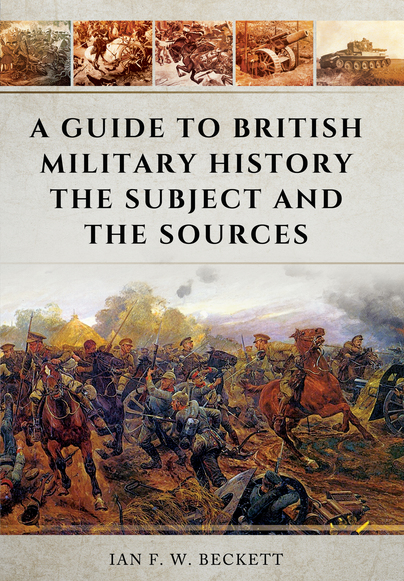 The Subject and the Sources

Click here for help on how to download our eBooks
Add to Basket
Add to Wishlist
You'll be £4.99 closer to your next £10.00 credit when you purchase A Guide to British Military History. What's this?
Need a currency converter? Check XE.com for live rates

What exactly is military history? Forty years ago it meant battles, campaigns, great commanders, drums and trumpets. It was largely the preserve of military professionals and was used to support national history and nationalism. Now, though, the study of war has been transformed by the ‘war and society’ approach, by the examination of identity, memory and gender, and a less Euro-centric and more global perspective. Generally it is recognised that war and conflict must be integrated into the wider narrative of historical development, and this is why Ian Beckett’s research guide is such a useful tool for anyone working in this growing field. It introduces students to all the key debates, issues and resources. While European and global perspectives are not neglected, there is an emphasis on the British experience of war since 1500.
This survey of British military history will be essential reading and reference for anyone who has a professional or amateur interest in the subject, and it will be a valuable introduction for newcomers to it.

Overall this is going to be a useful guide to anyone wanting to find the current academic works on most aspects of British military history in the last 500 years.

This book by Ian Beckett is vital book to own for anyone who has an interest in Military History. Beckett is s Professor of Military History at the University of Kent and has written various publications around the Great War, and other topics. What Beckett does in this book is further open this element of history up to people, so that they can get to grips with various parts of it, and know which direction to turn.
The book will be very useful to students to bring to the fore all of the key discussion, issues and resources. As stated on the sleeve: Forty years ago it (Military History), meant battles, campaigns, great commanders, drums and trumpets... largely the preserve of military professionals'. Now, however, it has transformed by the 'war and society' thrust, with a focus on aspects such as identity, memory '. As stated in the introduction, it is a 'subject of great popular interest'. In turn, the book will provide a great point of reference to anyone who had a professional or amateur interest in the subject.

Likely to be useful to a wide readership in public, as well as academic libraries.

For a less serious and very enjoyable book on military history - ideal Christmas or birthday present material - I recommend Jeremy Archer's A Military Miscellany. Not clunking at all and often very funny, it is another potentially-useful reference work and very readable to boot.

This survey of British military history will be essential reading and reference for anyone who has a professional or amateur interest in the subject, and it will be a valuable introduction for newcomers to it.

You will discover a multitude of sources and different bits of information on aspects of military events related to our best enemies. It's very well done, especially the index of twenty pages which easily retrieves the authors cited work throughout.

Professor Beckett's new book will give many professional and popular historians ease of access to their chosen field of study and should not be confined to the shelves of academic institutions.