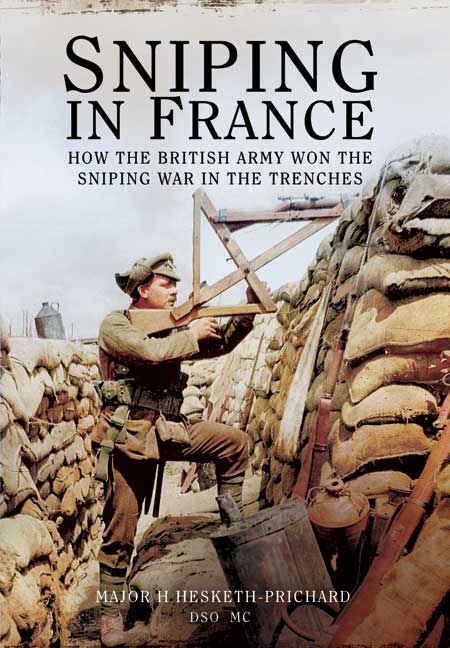 Winning the Sniping War in the Trenches

Add to Basket
Add to Wishlist
You'll be £12.99 closer to your next £10.00 credit when you purchase Sniping in France. What's this?
+£4.50 UK Delivery or free UK delivery if order is over £35
(click here for international delivery rates)

Available for the first time in years, this is a new edition of the classic account by the adventurer and big game hunter who developed and ran the British Army sniping programme in the First World War. When the war started in 1914, Germany's edge in the sniping duel on the Western Front cost thousands of British casualties. Sniping in France explains the methods Hesketh-Prichard used to reverse the situation and help win the sniping war. A glossary of terms and a photograph of the author have been added.

This excellent account of the British sniper during the First World War was first published in 1920 but has been out of print for some time... Accounts of sniping in France are few and far between, making this an excellent insight and a timely reprint.

Major Hesketh Vernon Hesketh-Prichard, DSO, MC, FRGS, FZS (17 November 1876 – 14 June 1922) was an explorer, adventurer, big-game hunter and marksman who made a significant contribution to sniping practice within the British Army during the First World War. Concerned not only with improving the quality of marksmanship, the measures he introduced to counter the threat of German snipers were credited by a contemporary with saving the lives of over 3,500 Allied soldiers.