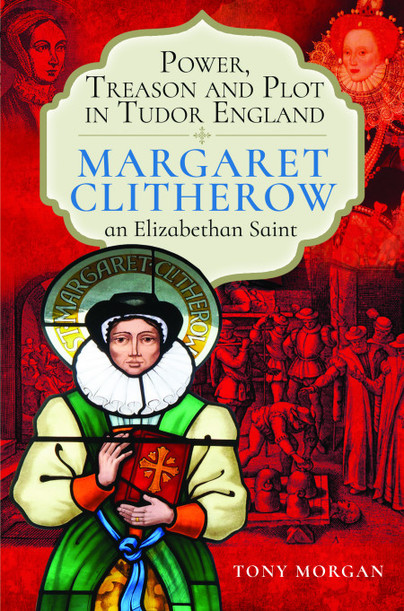 Add to Basket
Add to Wishlist
You'll be £20.00 closer to your next £10.00 credit when you purchase Power, Treason and Plot in Tudor England. What's this?
+£4.50 UK Delivery or free UK delivery if order is over £35
(click here for international delivery rates)

The Tudor period was notable for religious turmoil. Under Queen Elizabeth I, the slowly reforming Protestant Church of England finally gained a level of stability, but many people, from paupers to Lords, clung to Catholicism. Most crossed their fingers and attended Protestant services. Others, the ‘recusants’, remained defiant and refused to conform.

This book takes a fresh look into the life and death of one prominent Catholic recusant, Margaret Clitherow, and the wider events which shaped her story and that of many others. In 1970, Margaret was made a saint, one of the Forty Martyrs of England and Wales. All suffered a similar fate.

Elizabeth’s government faced threats from multiple directions - poor harvests, disease, attempts at invasion and plots to replace the Queen with a Catholic monarch. In York, friction was growing between the Council of the North and the city Corporation. But for much of the population, life went on as normal. One well-to-do family in the city celebrated the birth of a daughter. Brought up for a time as a Protestant, Margaret Middleton eventually married a butcher, John Clitherow. They set up home in the Shambles and raised a family. Margaret’s destiny changed when she embraced Catholicism.

In 1586, Margaret’s stepfather was elected Lord Mayor of York. A few weeks later, Margaret was arrested for harbouring Catholic priests. Coincidence, or something more sinister? What happened next was sensational. One woman taking on the northern authorities, the Church of England and assizes judiciary. Sentenced to death for refusing to make a plea in court, Margaret received a last-minute reprieve due to claims of her pregnancy, only for these to be rejected. Following Margaret’s brutal execution, Queen Elizbeth is said to have apologised to the people of York.

With one martyr and no winner, Margaret’s story is examined as a microcosm of Tudor life, a family tragedy of faith and betrayal, set against a backdrop of political power games, treason and plot.


The gripping story of one of Tudor England's most fascinating women - Margaret Cliterow, brought brilliantly to life by Tony Morgan.

As featured in: 'Death of a York saint and martyr'

The author writes in an easy style, packing lots of background information to the politics of Tudor religion, the structure of political society in York, England, and the wider world as well as the day-to-day lives of ordinary citizens.

This an excellent even-handed history that covers not only the life of this canonized martyr but also the historical circumstances in both England and York during the Tudor period. I thoroughly enjoyed this book.

One of the book's strengths is that the author does not shy away from the complexities of Margaret's character... The book has a lot to recommend it. The complexities of the English Reformation are summarised clearly, and the relationship between central authority 200 miles away in London, and how laws were enforced in York comes over well.

This is very well written and researched, very interesting I finished it in 1 day.

Tony Morgan is an Associate Professor at the University of Leeds. Having lived near York for 30 years, he’s fascinated by the city’s history. He’s written three historical novels and delivers history talks about two of York’s most famous former residents, Guy Fawkes and Margaret Clitherow. 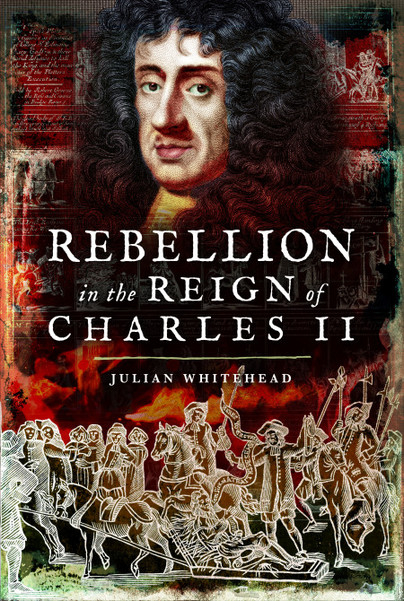 Charles II’s father was executed, his brother James managed to stay on the throne for only four years, yet Charles died in his bed having ruled for a quarter of a century. Although welcomed back as king in 1660, the honeymoon of the Restoration soon passed with plots and uprisings to follow. Rebellion in the Reign of Charles II describes the sinister and murky world of espionage, plots and treason in the Restoration period, with former intelligence officer and security adviser Julian Whitehead telling the darker side of the Merry Monarch’s reign. Charles survived plots and rebellions with…

Click here to buy both titles for £45.00
Customers who bought this title also bought...
New Release