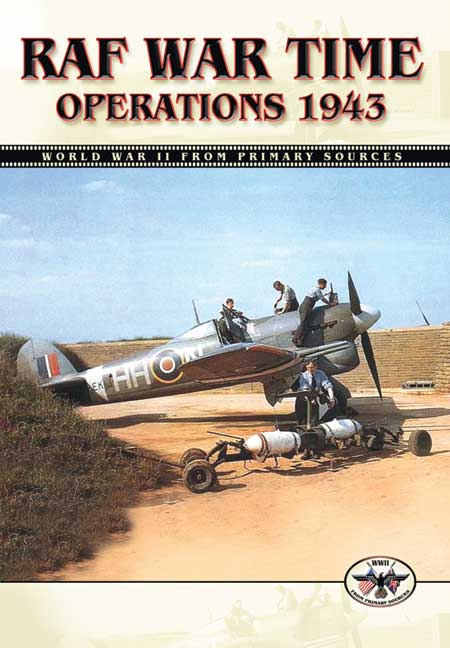 Add to Basket
Add to Wishlist
You'll be £9.99 closer to your next £10.00 credit when you purchase RAF War Time Operations 1943. What's this?
+£4.50 UK Delivery or free UK delivery if order is over £40
(click here for international delivery rates)

The “Gen” is the ultimate primary film source for aviation enthusiasts everywhere. The “Gen” was the official series of films made to communicate RAF activities to all sections of the RAF personnel and the general public.

The “Gen” from 1943 features a comprehensive overview of the day to day activities of the RAF during the middle war period including The Queen congratulating the original Dambuster crews led by Wing Commander Gibson. Also shown are RAF crews at work assembling Spitfires from crates in Gibraltar, air to ground training featuring 40mm cannon armed Hurricane IID tank busters and real life attacks on a variety of ground targets in the Mediterranean, France and Germany.

All three “Gen” films from 1943 are included in this unique DVD collection.