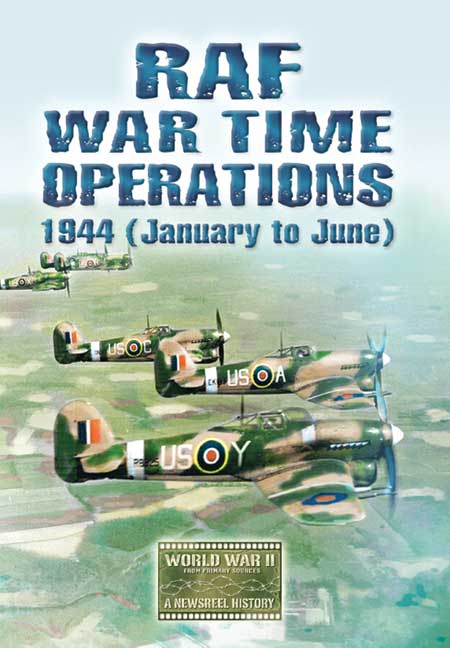 Add to Basket
Add to Wishlist
You'll be £9.99 closer to your next £10.00 credit when you purchase RAF War Time Operations 1944 (Jan-June). What's this?
+£4.50 UK Delivery or free UK delivery if order is over £35
(click here for international delivery rates)

Order within the next 8 hours, 54 minutes to get your order processed the next working day!

“The Gen” is the ultimate primary film source for anyone with an interest in the Royal Air Force operations during World War II. The “Gen” was the official series of films made to communicate RAF activities to all sections of the RAF personnel and the general public.

“The Gen” from January to June 1944 features a comprehensive overview of the day to day activities of the RAF during this period and includes the construction of Hurricanes in West Africa, 342 Squadron preparing their Boston aircraft and carrying out a raid on a power station near Paris, and “The Day”, second front preparations for “the coming storm”.

Essential viewing for anyone interested in World War II from primary sources.