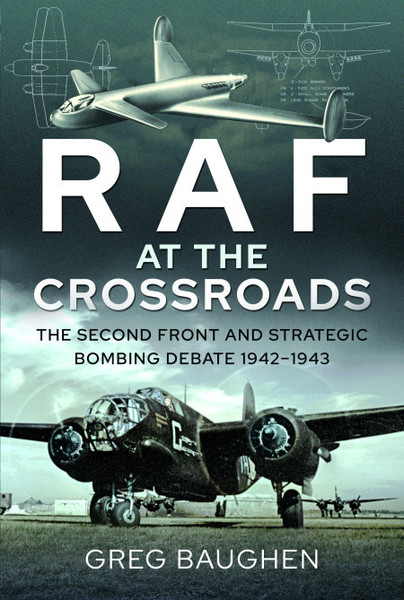 RAF at the Crossroads (ePub)

You'll be £4.99 closer to your next £10.00 credit when you purchase RAF at the Crossroads. What's this?
Need a currency converter? Check XE.com for live rates


"...a highly readable analysis of not only what was happening, but also why the various parties took the positions they did."

This is an excellent little book in that it doesn’t look at the normal RAF, it looks very well at the strategic ability and success of the RAF, especially in the second half of the war. The book looks at whether the RAF should abandon the policy of lots of mass bombing or whether Britain needed to concentrate on taking a part of France in order to then be a starting point of allied forces to better take on Germany. This book put across good points for and against for changing the strategy and whether to work closer with the army higher officer, which we all know wasn’t always the best relationship going. I personally think that whichever way help good points but just two ways about achieving the same goals. This was a really good read, and I really enjoyed the debate and discussion about how to go a different way in fighting the war. This book is going to appeal to all sides but especially those interested in aviation and the RAF. Certainly a good book for students that want to look at other ways the war could have been won.

A deeply researched and highly readable study RAF at the Crossroads is a must read for anyone interested in this central plank of British - and later American - strategy for the war in Europe.

I don't have the knowledge of WW2 in the air that others do, but for my money this is a good read and there are enough National Archives references to support the idea that the author has consulted original documents en masse.

There's a difference between simply re-hashing official documents and making the end result readable. Greg Baughen succeeds on both fronts though and so I suspect that this book will be greeted with enthusiasm by the knowledgeable elite and the uninitiated masses. I fall into the latter camp but I enjoyed the book and it's almost certainly worth a punt.