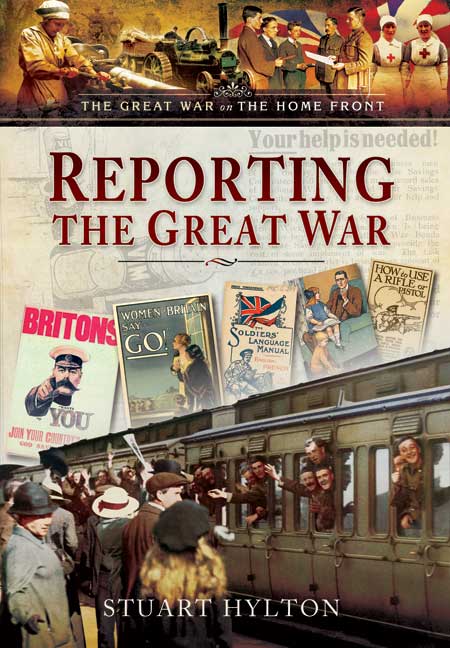 "Vivid account of the home front during the First World War" - The Bookseller
You'll be £4.99 closer to your next £10.00 credit when you purchase Reporting the Great War. What's this?
Need a currency converter? Check XE.com for live rates

The Great War of 1914-1918 was the world's first total conflict. It drew the whole population into the war effort as never before. The armed forces recruited on a scale that was previously unimaginable, and the munitions industries drew more and more citizens into the labour market. The entire national economy was thrown onto a war footing. The local newspapers of those years provide a unique picture of these momentous changes, and Reporting the Great War uses their words to recapture the experience of the time. It illustrates in telling detail the human tragedies and triumphs of a nation at war and the day-to-day preoccupations of communities trying to find normality during an unprecedented emergency.
Sections of the population were gripped by 'hun-phobia' – the fear that everything Germanic was an agent of the enemy. Terror of aerial attack and the shortages caused by the German submarine blockade brought the reality of war close to home. Unfamiliar terms entered the national vocabulary – conscription, conscientious objection, rationing – and pre-war assumptions, from the role of women to the use of alcohol, were challenged and changed.
Stuart Hylton's fascinating account of the British home front during the Great War, as it was seen through the newspaper columns of the day, shows a nation seemingly sleepwalking into a war in 1914 and emerging, four years later, with the hope that a better world would come with the peace.

Provides and insight into the emotions, prevailing attitudes and general conceptions of the people of the time.
Fascinating stuff.

As seen in Berkshire Life Magazine.

This is an interesting and at times an amusing read but also important to remember that there was a war being fought at home. The book also shows the changes in society with women working and aiding the war effort not just in nursing but in industry too. This is a book that I highly recommend for all students of history and anyone with a genuine interest in history.

As seen in Reading Midweek.