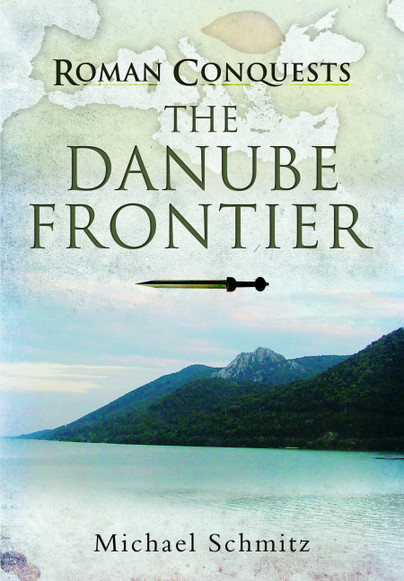 Click here for help on how to download our eBooks
Add to Basket
Add to Wishlist
You'll be £4.99 closer to your next £10.00 credit when you purchase Roman Conquests: The Danube Frontier. What's this?
Need a currency converter? Check XE.com for live rates

The Roman conquests of Macedonia in the 2nd century BC led directly to the extension of their authority over the troublesome tribes of Thrace to the south of the Danube. But their new neighbour on the other side of the mighty river, the kingdom of the Dacians, was to pose an increasing threat to the Roman empire. Inevitably this eventually provoked Roman attempts at invasion and conquest. It is a measure of Dacian prowess and resilience that several tough campaigns were required over more than a century before their kingdom was added to the Roman Empire. It was one of the Empire's last major acquisitions (and a short-lived one at that).

Dr Michael Schmitz traces Roman involvement in the Danube region from first contact with the Thracians after the Third Macedonian War in the 2nd century BC to the ultimate conquest of Dacia by Trajan in the early years of the 2nd Century AD. Like the other volumes in this series, this book gives a clear narrative of the course of these wars, explaining how the Roman war machine coped with formidable new foes and the challenges of unfamiliar terrain and climate. Specially-commissioned colour plates bring the main troop types vividly to life in meticulously-researched detail.

Pen and Sword's series on the Roman Empire continues with the Romans moving eastwards. Michael Schmitz provides valuable insight into their progress, the battles and wars they fought, and examines the various outcomes as the war machine continued with its conquests.

A nicely presented review of Roman attempts to expand across the Danube. The soundly researched text is supported by clear maps and a very interesting photo-plate section – Highly Recommended.

I enjoyed the read and it has certainly given me much food for thought on how I can look to differentiate further my Dacians from a typical 'vanilla warband' army into a force that could pose more problems for a Roman foe, giving as it does a very good read, providing a very clear narrative of the wars in the area together with an account of how the Romans coped with the foes and terrain they encountered.

This is a really interesting and detailed look and the region and conflicts within it. I can see this being useful for wargammers and historians like. From a military history point of view I would love to get my hands on a falx to see how effect it was against a Roman shield.

All in all a great book which will be a good addition to anyone’s bookshelf.

A very useful and readable narrative of the Dacian Wars including the considerable strategic manoeuvring by the Romans over considerable time to effectively engage the Dacians across the Danube and for a time deal with a major threat. This also underlines the ongoing difficulties faced by the Romans in having to also deal with the other tribes in the ‘Balkan’ area as without doing so the Dacians could not be confronted. It emphasises the demands of supply and logistics in pacifying the tribes South of the Danube and Sava rivers. Good photographs and maps. Recommended.