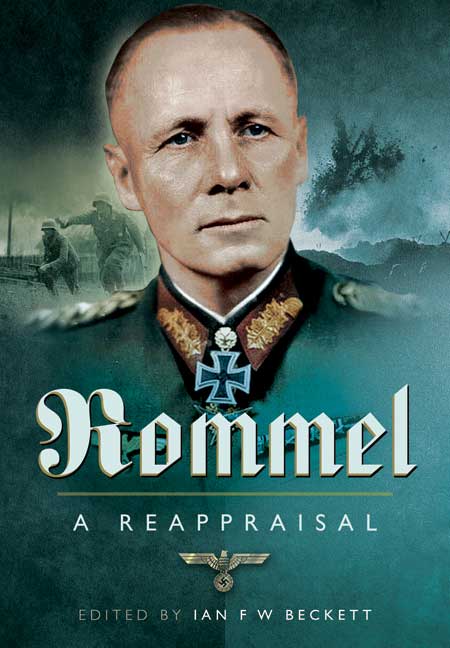 Click here for help on how to download our eBooks
Add to Basket
Add to Wishlist
You'll be £4.99 closer to your next £10.00 credit when you purchase Rommel - A Reappraisal. What's this?
Need a currency converter? Check XE.com for live rates

How should history judge the life and career of Erwin Rommel, the most famous German general of the Second World War, seventy years after his death on 14 October 1944? In his own time and in the years immediately after the war his reputation as a great and chivalrous commander grew to the point where it took on almost legendary proportions, and the legend is still with us today. His apparent support for the plot to remove Hitler from power in 1944 and the manner of his death, committing suicide in order to protect his family from Nazi retribution, further enhanced his image as an honourable, professional soldier.

But does he deserve this legendary status? Can his exploits as a soldier and commander and his conduct of the war be separated from the aggressive aims of Hitler and the Nazis whom he and the German army served?

These are among the key questions Ian Beckett and his team of expert contributors seek to answer in this stimulating and timely study of Rommel and his legacy. They look critically at every stage of Rommel's brilliant career, from the early fame he achieved as a daring young officer fighting on the Italian front in the First World War, through his exploits as a panzer leader during the German invasion of France in 1940, and his generalship in the Western Desert when he commanded the German and Italian forces fighting the British. These achievements – and the publicity that went with them – gave him an extraordinary, perhaps overinflated reputation within Germany and among the opposing Allies.

As featured in Cornwall Today.

Rommel has always been regarded as one of the greatest generals of the Second World War - but was he? He lost the two major campaigns in which he was involved, failing to secure North Africa for the Nazis; as well as D-Day. In fact, he wasn't even around when the Allies invaded in 1944; having been convinced that they would not invade. Instead he went away for a few days!
Does he really deserve legendary status? Can his exploits as a soldier be separated from the aggressive aims of Hitler and the Nazi Party? Beckett and his colleagues have set out to explore these questions and carry out a complete reappraisal of his life and role within the war. It makes engrossing reading, challenging previously held views and ideas. An interesting concept which takes full advantage of being able to look back many years later and re-interpret events and actions. Millitary historians will be intrigued and challenged by this book, which offers new insights and ideas. Well done. 4 stars

Ian Beckett, who edited this excellent book, follows Rommel's highly successful panzer battles leading to the fall of France in 1940... I found most interesting the opinion of Beckett, a professor of military history at the University of Kent, regarding the part played by Rommel in the July 1944 conspiracy to kill Hitler. Beckett suggests Rommel probably had some idea about the assassination plot but was on the outer margins, that he sympathised with the basic goals of the anti-Hitler Resistance but that he showed no disposition towards the illegal murder of Hitler.