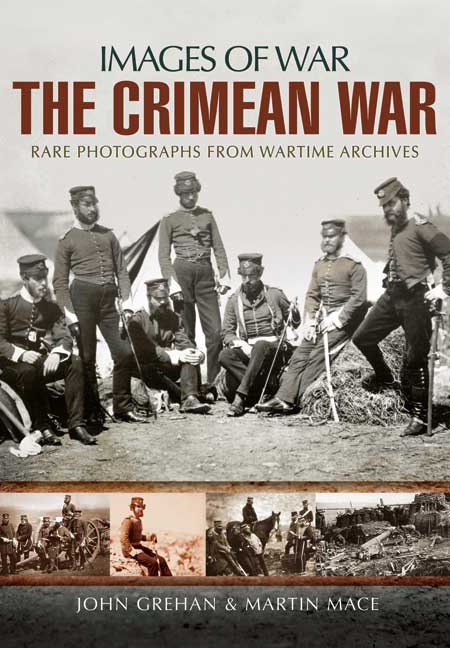 Add to Basket
Add to Wishlist
You'll be £15.99 closer to your next £10.00 credit when you purchase The Crimean War. What's this?
+£4.50 UK Delivery or free UK delivery if order is over £35
(click here for international delivery rates)

The Crimean War was a conflict between the Russian Empire and an alliance of the French Empire, British Empire, Ottoman Empire and the Kingdom of Sardinia. The war was part of a long-running contest between the major European powers for influence over territories of the declining Ottoman Empire. Most of the conflict took place on the Crimean Peninsula, but there were smaller campaigns in western Anatolia, the Caucasus, the Baltic Sea, the Pacific Ocean and the White Sea.

The Crimean War is known for the logistical and tactical errors during the land campaign on both sides (the naval side saw a successful Allied campaign which eliminated most of the ships of the Russian Navy in the Black Sea). Nonetheless, it is sometimes considered to be one of the first “modern” wars as it introduced technical changes which affected the future course of warfare, including the first tactical use of railways and the electric telegraph.

It is also famous for the work of Florence Nightingale and Mary Seacole, who pioneered modern nursing practices while caring for wounded British soldiers. The war also led to the establishment of the Victoria Cross in 1856 (backdated to 1854), the British Army's first universal award for valour.

The Crimean War was one of the first wars to be documented extensively in photographs. News correspondence reaching Britain from the Crimea was the first time the public were kept informed of the day-to-day realities of war.
This unique collection of 150-160 images will prove to be an invaluable resource for historians, students and all those interested in what was one of the most significant periods in British military history. Each picture will tell its own story, and will be fully captioned with historical detail.

"This unique collection of 150-160 images will prove to be an invaluable resource for historians, students and all those interested in what was one of the most significant periods in British military history. Each picture will tell its own story, and will be fully captioned with historical detail.

For those doing research into the Victorian Period this is vert useful into a conflict largely forgotten particularly to uniforms of the day.

This volume is a unique collection of 150 images and is an invaluable resource for historians, students and those otherwise interested in this conflict. Each of the photos has its own story and they are fully captioned making this an exceptional photographic guide to the campaign.

Offer[s] the reader an extremely interesting insight into a conflict which is largely forgotten by many today. Anyone interested in the war should consider buying this book, as it certainly deserves a spot on the shelf of any Victorian military historian's home library.

A very dramatic and useful book.