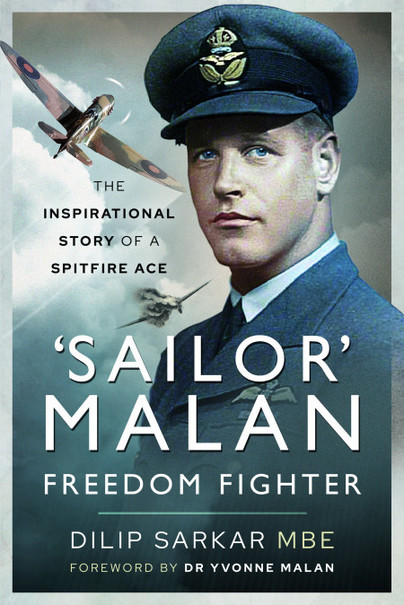 Add to Basket
Add to Wishlist
You'll be £25.00 closer to your next £10.00 credit when you purchase 'Sailor' Malan - Freedom Fighter. What's this?
+£4.50 UK Delivery or free UK delivery if order is over £40
(click here for international delivery rates)

Order within the next 5 hours, 44 minutes to get your order processed the next working day!

"More than the mere biography of a WWII fighter pilot, ‘Sailor’ Malan is an important story that badly needed to be told..."

"...this outstanding pilot has received less recent attention than other pilots such as Douglas Bader or Johnnie Johnson. This has now been remedied by Sarkar, whose prior career as a police detective comes through."