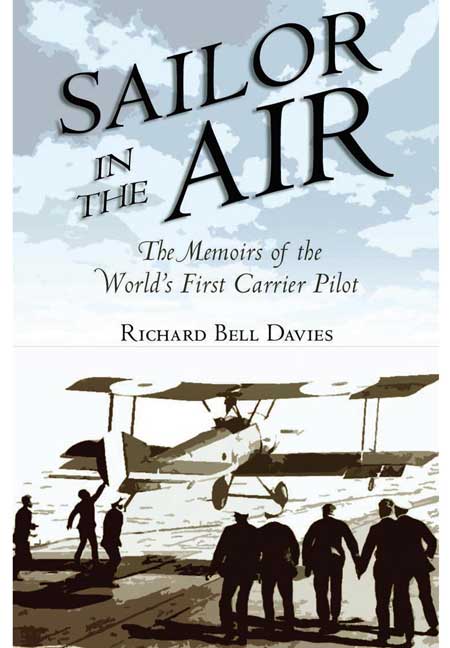 Sailor in the Air (ePub)

The Memoirs of the World's First Carrier Pilot

Click here for help on how to download our eBooks
Add to Basket
Add to Wishlist
You'll be £4.99 closer to your next £10.00 credit when you purchase Sailor in the Air. What's this?
Need a currency converter? Check XE.com for live rates

Richard Bell Davies was one of the most important characters in the history of naval aviation. Despite a traditional naval education - he was among the last cadets to be trained under sail - he was quick to grasp the potential of aircraft, and backed his vision by privately learning to fly. This allowed him to join the Naval Air Wing in 1913 and he enjoyed a very active, but hair-raising career during the Great War, including winning the VC for a daring rescue of a fellow pilot while under heavy fire. Because of his unique breadth of experience he was transferred to experimental work, where he played a major part in crucial developments like arrestor gear, deck barriers and the 'island' superstructure that define the modern aircraft carrier. As the first man to regularly land and take off from such ships, he did much to prove the value of shipboard aviation. After the war, in an Admiralty post, he continued to promote the flying interests of the Navy, and the book provides a first-hand chronicle of the struggles with the Air Ministry over policy and control. Although he retired in 1941, he accepted a lower rank to command one of the newly invented escort carriers, so his service ended as it had begun, at the cutting edge of naval aviation. This wonderfully active, and hugely significant career is related with a charm, modesty and humour which make the book enthralling and memorable.

An exciting narrative of the early days of naval flying as told by one of the most important characters in the history of naval aviation. As the world's first carrier pilot he did much to prove the value of shipboard aviation.

An intriguing look at a pioneering aviator who logged a life well lived.

I thoroughly enjoyed this book, and have to say it is one of the best autobiographies I have read for some time. A joy to read, and it makes you realise the hardships encountered in the early days of flying.

This book is a good read and full of significant historical fact of which present policy makers should be reminded.