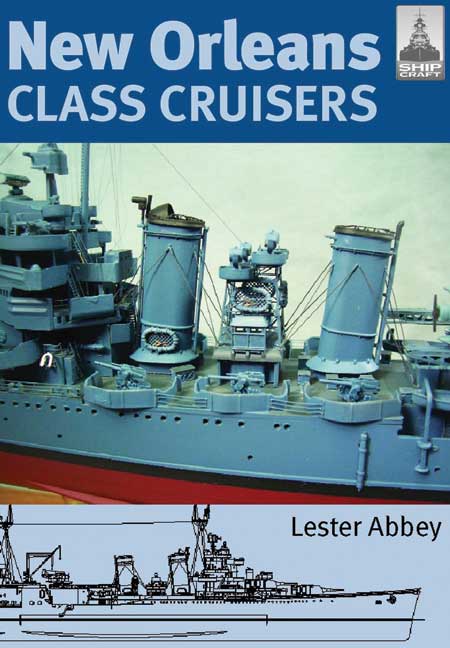 Click here for help on how to download our eBooks
Add to Basket
Add to Wishlist
You'll be £6.00 closer to your next £10.00 credit when you purchase ShipCraft 13: New Orleans Class Cruisers. What's this?
Need a currency converter? Check XE.com for live rates

The subject of this volume is the seven-ship New Orleans class, probably the US Navy's most hard-fought heavy cruisers of the War – three were sunk in action but others survived massive damage, and by 1945 three out of four of the navy's most decorated ships were of this class. Although designed within treaty limitations, they proved powerful and well-balanced ships, and their unparalleled fighting record makes them popular modelling subjects.

This book is well written and the text is supported by good sharp photos and illustrations. If your interest is World War II warships or ship modelling, this book should be in your library.

George Richardson is to be congratulated on the quality of his plans and artwork... For anyone who has an interest in building, either from a kit or from a scratch, one of these good looking cruisers, this book would be an invaluable first avenue for reference. Lester Abbey writes with a great deal of knowledge regarding the detail differences of the seven ships in this class.

Lester Abbey is a lifelong warship modeller and expert on the US Navy. An American citizen, he now runs a business in New Zealand.