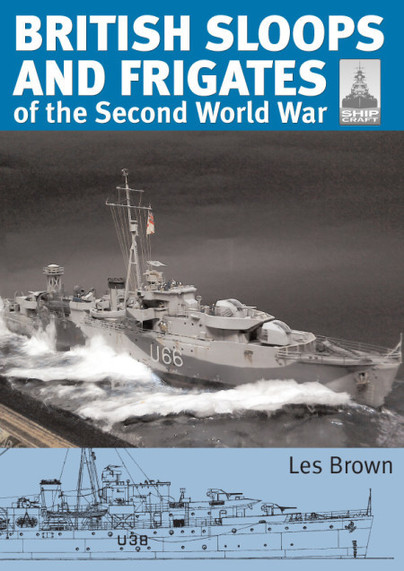 Click here for help on how to download our eBooks
Add to Basket
Add to Wishlist
You'll be £7.98 closer to your next £10.00 credit when you purchase ShipCraft 27 - British Sloops and Frigates of the Second World War. What's this?
Need a currency converter? Check XE.com for live rates

"...provides a useful reference to the many sloops and frigates in service during WWII, providing a broad overview rather than focusing on any particular class."

With its high level of visual information such as paint schemes, models, line drawings and photographs this book is probably one of the best references for any model maker setting out to build any of these valuable escorts.

"If I were to build a model of any of these ships, I would include this book in my selection of references."

I enjoyed the book and would recommend it, particularly to those Model makers amongst you.

"...an excellent book for both the enthusiast and the modeler and something that should find a place in your library."