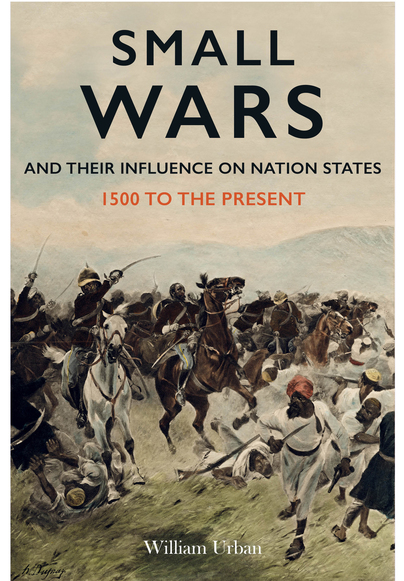 Small Wars and their Influence on Nation States (ePub)

Click here for help on how to download our eBooks
Add to Basket
Add to Wishlist
You'll be £4.99 closer to your next £10.00 credit when you purchase Small Wars and their Influence on Nation States. What's this?
Need a currency converter? Check XE.com for live rates

After 1500, European warfare was repeatedly revolutionized by new weapons, new methods for supplying armies in the field, improved fortifications and new tactics for taking fortifications. This allowed empires to grow, with, for example, the Ottomans expanding into the Middle East and Africa, Britain dominating India, and Russia conquering the steppe.

The dynamics of resistance to this expansion were remarkably similar to what we see today in ISIS, Afghan and Pakistani Talibans, and various jihadist groups that are more tribal than Islamist. The driving force behind these organizations may be tribal resentment of the modern world undermining long-established traditions and beliefs. Religion – or their interpretation of Islam – is merely a glue that holds the rebels together.

Such resistance continues to be met by world powers who misunderstand the motives of the people that take up arms against them, and we should understand that ours is not the first generation to deal with this problem, and ours will probably not be the last. However, there are some methods that work better than others. The failures and successes of the past can help us now and in the future.

The British Empire was the largest of its type in history, but, as this work reminds us, other countries had their empires, also. This includes France, Spain, Portugal and Holland, and, like Britain, these countries fought colonial wars. They were often vicious, cruel and bloody, fought against local forces by better-trained and armed armies. This work reminds us of these wars, which are overshadowed by the larger wars fought in the timespan covered. The author covers a lot of ground and time and includes philosophers such as Voltaire, whose opinions on wars are still valid in cases today. Here, the reader will find the familiar and not so familiar, as the author examines wars, armies with regular soldiers and also mercenaries. Reading this book will change minds about many conflicts and how empires worked and were created. His conclusions about conflict in the 21st century are thought-provoking.

A superb book that would appeal to a wide audience indeed.

AT first sight, this book describes how, between the sixteenth and the eighteenth centuries, innovations in firearms led to improvements in fortifications and to the professionalisation of armies. It is written in a jocular fashion that makes it easy to read and, whilst there are few references in the text, the copious bibliography is a testament to the depth of learning that has gone into its making. Urban also adopts a different approach to the so-called military revolution, looking at the impact of military innovations on peripheral groups and societies, whether Kalmyk herders on the Russian steppes, Native Americans along the Appalachian frontier, or the pauperised population of pre-revolutionary France.